Earlier in the evening at exactly 11 minutes past 11 o’clock, I was woken from a light sleep by a vision of profound beauty, that of a pink flower sitting in a vase by a window pane in a palace overlooking a magnificent square. 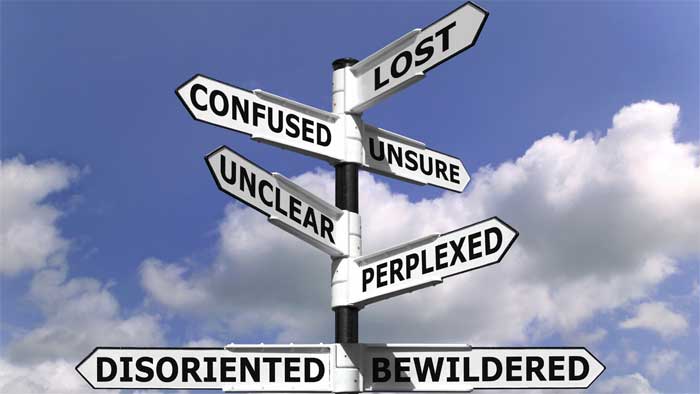 I did not immediately know the significance of the vision, clearly, it was a dream of some strange and strong measure, for it compelled me to sit down and write.  So profound was its memory that I could not stop until I had written all of it down, one word followed by another.  I present it here as a clear testament of what I saw. I claim only the credit of being the vessel, the purpose of which was to fulfill the tale to be told as the vision demanded.  The narrative is as you shall read it.

What corrections I made are purely grammatical and format based.  I suppose the vision to be a poem, but it could just as easily be characterized as a telling chant, a kind of dream channeling.

As I wrote the words down I was clearly guided where I would have strayed.  Many a time in my correction of this piece to fix the above-mentioned formatting or some typographical error I was tempted to add a line, to embellish and this action was always stopped, by a force much stronger than my own willpower.  Thus, this poem, this tale, this telling of the vision is as I saw it.  Let then the words speak for themselves.

I do not handle frost well
In fact, I do not handle frost at all
It is a cold day in November
Though greenhouses those miracles
Will not be invented for a generation yet
I bloom, oh, so simply
I care not, nor do I complain
For the palace is a beautiful place to bloom
As beautiful as swimming the Tiber
The Tiber where I was born
Where the monk found me
Where he was amazed
Where he plucked me
And the beautiful palace
Is a most interesting place to be
With many men now standing ‘round
Proudly, full of pomp and circumstance
One of the men is wearing magnificent white
It is the white of snow, glowing almost
He is well learned
I can tell that from the gravity of his voice
And the way he knows what he is speaking of
He knows he is well learned
He knows his own value
All the other men
And there are so many of them
Many in beautiful crimson red
A red like the color of blood
An almost black colored red
Like the berries from my plant
The men in red are obsequious
They kiss his hand
The hand of the man in white
And they listen to him with reverence
They listen to his every word
His words are salvation to them

I look out the window
I see a great obelisk
I see the hieroglyphics
Carved in that city that illuminated the world
Carved before the time of Moses
Carved by the ancestors of the pure ones
They who attended the secret supper
They who died at Montségur
They who walked into the flames
And the obelisk is grand
It is like my stem, but solid, made of stone
It shoots straight to the sky
The life-giving sky
The sky of the sun
With its radiant hands
That touch everyone and everything
They touch the great obelisk
They touch the palace
They touch my petals
And they touch the many men
The men who walk past me
From one great magnificent chamber to another
Past this hallway with the window
Where I sit in a small simple vase…
A simple flower in bloom
Placed by a simple monk…

…there is sudden commotion
Men gasp, some yell
A few cross themselves
Someone has noticed me!

One of the men in crimson points to me!
There is rushing all about
Sudden arrival of men in armor
They run up to the man in white
They surround him
He is spirited away
A great commotion takes over the palace
Soldiers investigate every nook and cranny
There are screams and shouts of accusation
And then silence
I am a witness to it all
A silent witness
Finally, darkness falls
The sun has set on the palace
But the witching hour has not come yet
I know her well, the hour of the Witch
My kin are the beloved of witches
I doze by the window sill
In my simple vase
Half full of water

“Tell us Padre, tell us again where you found it?”

“As I was saying to his eminence…
I saw the flower blooming by the river this morning
I thought it was a bit unusual
For I did not see it yesterday
And I go to that spot by the river all the time
So I plucked it…
And brought it here to cheer up the place
For it was such a gloomy November day
Today, and it was a bit of color
By the window sill.”

There is consternation
The men confer among themselves
Red and white, torch and candle
Finally one speaks, the one in white

He walks up to me
The man in white
And taking me under the petals
Places his nose close to me
I am being sniffed!
Oh what joy, for a simple flower
It is the fulfillment of my role
The Pope himself has taken a whiff of my fragrance
What more could a flower hope for?

“It is a miracle, Holy Father,” says one of the men in red
“That a flower would bloom this late
It confirms that what we do today
Is indeed sanctioned by the Lord.”

But the Pope has a bitter-sweet smile
His eyes are distant, his face suddenly frozen in memory

“You know when you were all yelling:
‘Belladonna, Belladonna!’
I did not fear for my life at all
I made no connection to the time of the Pagans
And their penchant for toxic treachery
Perhaps I should have
In retrospect, it all makes sense
But instead, I sinned in thought
I really thought you were all yelling:
‘Bella Donna, Bella Donna’
And I thought for a moment
‘That would be lovely, in this sea of men!’”

Everyone laughed
The men in red laughed the loudest
And just as soon as they came
I was left all alone
As Pope Innocent the Third and his
Entourage of learned and hardened men
Walked away, and so it was
On November 11, 1215
At the Fourth Lateran Council

I know, I was there
And I told a certain Bella Donna this
A beautiful soul who cared for the blind
For I came to her in a vision
In a vision of the very flames
I placed the pure ones into
On the day I died
“I am thy vessel
for you to make whole or break to pieces.”
Oh how those words stung me
Since I shared the doubter’s place
Poor confused Zwingli was no worse than I
And so I came to her
To my Bella Donna
At the Saint Catherine Monastery
The one founded by Saint Trudo in honor of the Martyr
And she saw that for my sins
I was sent to Purgatory
And I cried out from the fire:

“I am Pope Innocent
Saint Lutgarda, pray for me… please…”

And in her humility she cried out:

But my time was limited
A burning darkness of fire was coming
I was sharing the fate of the pure ones
I called out again:

“I am but a man who is flawed.
Pray that I am forgiven for my sins.
Alas! It is terrible; and will last and last…
if you do not come to my assistance.
In the name of Mary, who has obtained for me
the favor of appealing to you, help me!”

And she did
Saint Lutgarda who cared for the blind
Till she went blind herself
Came through, she did not disappoint
She prayed from the moment she saw me
She prayed for 795 years…

And today on this November 11, 2011
God has finally forgiven me.

Just as soon as I wrote these words down, a steady rain started to come down in Los Angeles.  My eye which had been hurting these past couple of weeks throbbed, probably from the exertion of writing by dim light.  But I cannot shake the feeling that my hands were not my own, that I was indeed guided to write this.  Whether the agent was the flower, or the cursed Pope Innocent the Third who now finally has been granted peace and forgiveness, I cannot say.  Perhaps it was the Protestant Ulrich Zwingli or maybe one of the slain, Cathars at Montségur.  Yet none of them seem like the ones whom I can owe such a debt of gratitude.  Not even Saint Trudo or my patron Saint Catherine of Alexandria, though they seem better candidates.  I have to believe that the guiding hand was that of Saint Lutgarda.  She was blind for the last eleven years of her life, and it was then that her visions become even stronger and more powerful than before. The hour and the day this vision came to me on has something of her quality to it.  If so, I’d like to thank her for choosing me.