The Gods of Old 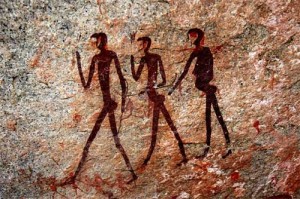 Hear me, for I know that one can still hear the Gods of Old

In the nether reaches of ambience manipulation

Walk the path of the lesser field of vision, where the directions are cold

Where up is the color of dark matter, and down is a station

Spinning out of control in orbit around a distant moon

You think me mad?  I am giddy with the light of hurried thoughts, just dandy

There is an access point, where the walls of perception are soon –

…parted, and inside the circuits are coated with cotton candy

Reason and science are the red wires you need to sever

The bomb is ticking, be mindful of the past as it pertains to the future

For the mites are self replicating and incestuous, you will never –

…be rid of them, once you catch the thinking bug.  The vulture –

…is circling on the concrete desert where only metal cacti grow

Forethought and self-reflection have killed mankind’s ability to see

Can you hear the screeching tires of oblivion’s violin bow?

It rides the nerves at the highest pitch, an octave beyond eternity

They will tell you that the whisper of God, hides in the minds of the insane

Give them idols and they will thank you, Shakespeare gives them pain

I have lost the thread of my mind’s contentment, like my glasses –

Has been atrophied in me, but I have found the hidden shout

I have seen it, hiding in the nooks and crannies of the navigator’s maps

Take a stroll with me, and I will take you to a girl in a short skirt ready to kiss

Drink your fill, taste the Kool-Aid, but be dangerous and volatile, twist and turn

Kick him in the balls if he squirms too much

Don’t tell me, I am atavistic and beyond the horizon of the lucid den

For I am the dream walker, I wear silk stockings and I powder my French face

The polished mirror conduit of a like febrile mind

Can you see the cards as they fall flat on the wet with dog urine floor?

Take a hike up the path of most resistance, scream at the lamp posts, get behind –

…the police officers as they arrest the innocent whore

I have a gripe, and it is as reasonable as doublethink

Take the pain as fuel, and when you feel finally strung-out on the heroin and numb

Prick your eyes with the needles of Zen and Christ, and as you cry blood and bile

The stereoscopic interdisciplinary cultural vision will come on its own

A kind of kaleidoscope show, cockroaches playing poker, a lack of rhythmic style

Watch out for the doctor in the blue velvet gown

Don’t worry, it’s all as true as four equals two by two

In flagrante delicto, for I know that one can still hear the Gods of Old

Out there in the night, when the stars have died, and the shadows howl

Follow me, where left is a yellow brick road, and right’s been on E-Bay sold

I have heard the Gods of Old, it was real I tell you, I know, I heard it from an owl.

Is Art Real or Not?

MiriamSPia May 29, 2012 0
Crown of Vengeance - Review Book Review by Stephen Zimmer. Style What makes this book stand out from others?…
Science