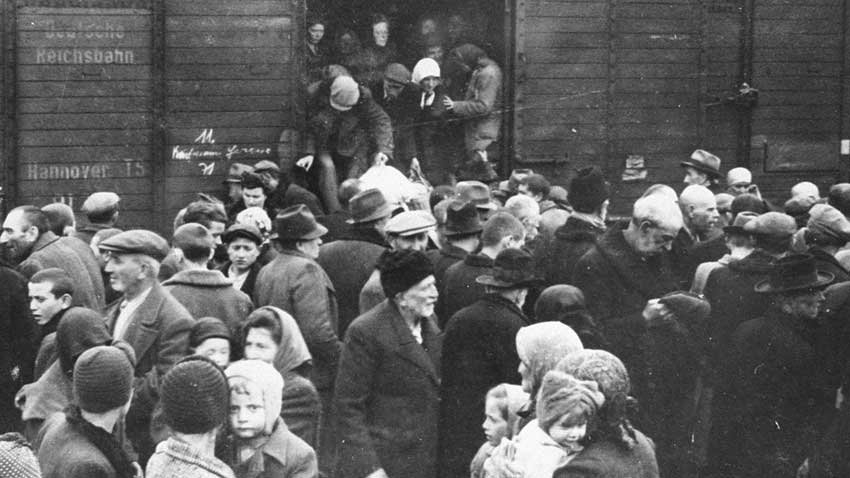 A scream in the silence of the tormented human soul
Such is the meaning of the tempest and the sordid mess whole
A scream for the dying who chose to stand up
Let there be light, said God in the Darkness, rise up! Rise up!

The Jews woke up, unbroken at the dawn of the 19th of April
A rebellion already many months in the making, by the power of will
Oh, to breathe for a moment that breath of human dignity
They would not be animals, not beasts, but Men, destined to be free.

The Jews woke up with antediluvian hunger on that day
A hunger of an atavistic, primal, ancient, David’s noble way

To stand up meant to fight and to bleed in agony and pain
To lift your head up as a Man, meant to die miserably, insane.

But it is insanity that had allowed the Chosen to survive
It was a cold day in April, and the hearts of the Jews were alive
Who would know, in the future if it really mattered at all?
Yet the need of the human soul is stronger than the destined fall.

The Jews stood up in the Warsaw Ghetto, in 1943, to fight
And the battle-stained history of their nation was their moral light
Stand up, each and everyone, stand tall and claim a right to live
For you are not animals, let the enemy for once tremble and grieve.

The Jews mostly died, bleeding a few of the Germans they shot
But the moral is not in the losses they took, or how many were caught
The struggle was not to win or to run away, but to live and to perish
The fight was not for freedom, but for that which we all freely cherish

The Jews fought back, a desire to die standing up, to be free to see
Not prone like a cowed dog on the ground begging for mercy
To stare in the face of death with the gall of a Wolf’s feral equality
Hail them today! They stood up for the Human Soul, for Human Dignity.