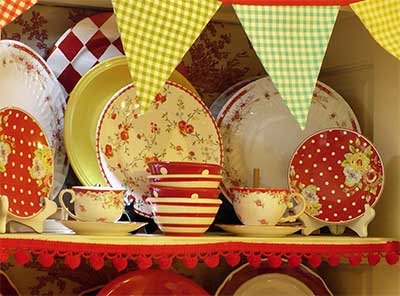 It was a dark and dreary evening, the family had all hit the hay
several hours beforehand, colorful dishes and shiny flatware
had been washed and put away;

When all was silent in the utensil drawer, a knife suddenly awoke,
“Hey guys,” the cutter yelled, “come see this odd-shaped thing-
It has to be a joke!”

The kitchen became quite chatty, but a blank stare came from
the spoon and fork,
“What is this creepy creature?” they shouted
“Well, hello there,” it said “I’m a spork!”

The spoon immediately fainted; the fork would follow soon,
“Next thing you’re going to tell us” said the knife,
“Is that the cow jumped over the moon!”

“Well, I don’t know about that,” said the spork, as he cracked
a wicked smile, “but I can tell you that the wife said when
morning comes ‘round, all silverware will go in a pile.”

“What ever does this mean?” was the only thing heard
as they nervously weighed their fates;
well, the next day came and every one was replaced-
with plastic cutlery and cups, and paper plates!

I am a 42 year old mother of four. Been married to my husband Patrick for 24 years. I am also a college student. I attend SCCC and will graduate in May, 2013; I plan on obtaining my BA/MA in English from SUNY Albany.