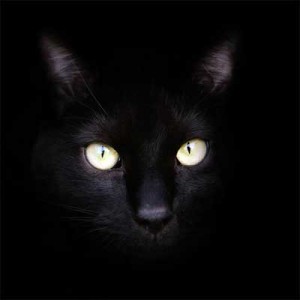 Observe: the black cat of the universe
Time flows in reverse

Consider: our universe fills the crack
So please don’t invert… or go off the track