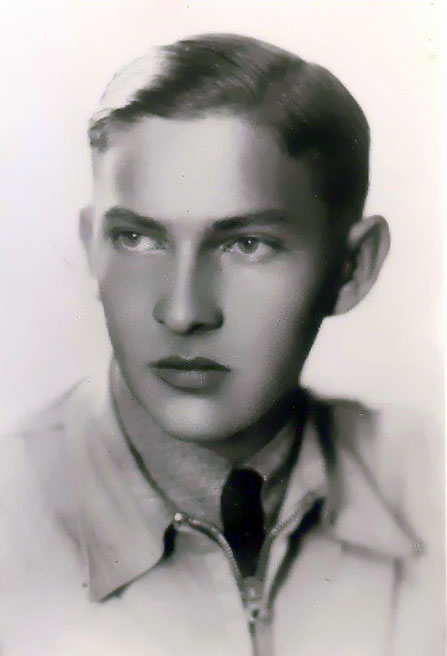 –  1936  photograph of the younger  brother of  my  maternal  Grandmother: Dr. Alicja Burakowska – decorated in 1984 along with her husband Marian Burakowski by Yad Vashem as one of the Righteous Among the Nation.  Ryszard Dąbrowski was a  Polish  resistance  fighter  –  member  of  the  AK  (Polish  Home  Army “Armia  Krajowa”) murdered  by  the  NAZI’s  at  Auschwitz-Oświęcim  for  Polish  Resistance  Activity.

I
The maw… of all the world’s gaping like a raw sore
…for if there are defining objects in the world…
Give us then oh Lord thy long absent blessings more…
Those things that change everything, sweep away the old…

The discovery of fire, circle’s invention
The computer, the atomic bomb, printing press
What can we do when mankind needs intervention?
Is it not self-flagellate more, think that much less?

Those parts of the world we understand not at all
And I’m poor and sorrowful, I don’t understand
What reason is there for Auschwitz… let’s take a stroll…
…down to Mengele’s office, take his surgeon’s hand…

For I have seen pain in the eyes of love’s recall
A darkening of clouds at dawn, mid-sentence, halt
Sand through the hourglass behind the heart’s dream-wall
A lightning flash of spasmodic wound doused with salt

II
You think I’m too far removed? That feelings sublime―
―on this should be left to the deeply affected
But verily I tell you it’s for me a prime
A personal matter, deep thought inflected

“He was twenty three when the war began…” she said
You can do the math then, compute probable age
Death is a dwelling devoid of a well made bed
Hate is better left for those who still have some rage

For memory lives in us, a pulse of the dead
Each anniversary a heartbeat to remind—
―that the past is drank in wine and broken in bread
That truth is the love of hope, absent, un-designed

III
And all we’re left is with the victim’s echoed names
My Grandmother never stopped crying for you, tears
Shed at odd moments from mostly dry eyes, flames—
―of those ovens where the evidence met guilt’s fears

If there is a Hell, was Mengele given fair trial?
Was he afforded an advocatus diaboli?
Did they have for him a whole Pendaflex file?
With each experiment numbered by each folly?

And then the end came, with photographers and scribes
To document the maw as it was void of flesh
Just some skin and bones, and hollow eyes, the old tribes—
―have been eliminated, we share this space fresh

A Polish Catholic and Ancient Jewish torn open—
―infernal latticework the union to enmesh—
―peoples ordained to be deemed subhuman—
―and exterminated like rats infesting the Creche.

However  Franciszek  Piper  also  stated  that  a  figure  of  as  many  as 1.5 million  deaths (total) was quite possible.

Auschwitz-Oświęcim  is a portmanteau name: the German name for the town of  Oświęcim where the death camp was built is  Auschwitz. Auschwitz-Birkenau  is a more common Western designation for the camp.