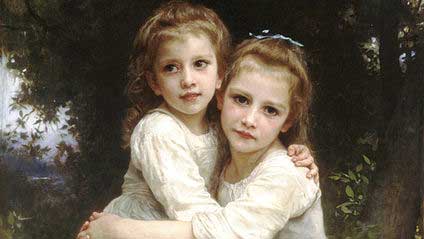 “Take me there,” she said,
the little sister

into the eyes of the older

And so like this, they passed an
enchanted hour drinking in the love
of each other

beneath the arms of the tall dreaming trees

The harsh white of manmade light fell across her face once more
concrete walls and harsh angled beams held her within
take me there she said again.

To Watch Her Weep