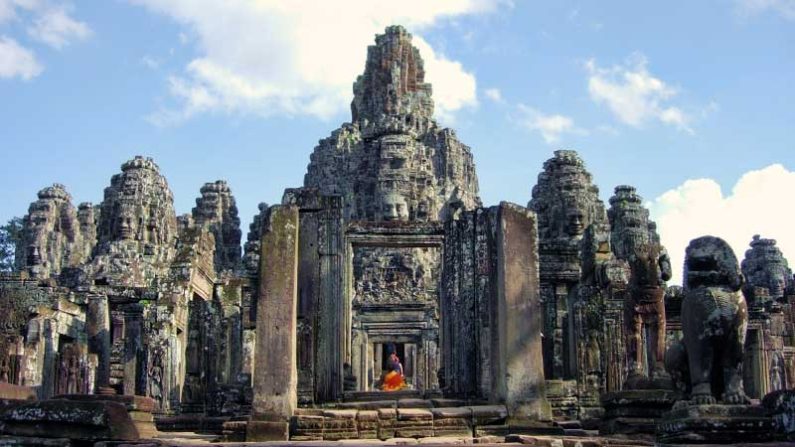 I dreamed of a mystical land in a lost sea.
As I walked the shoreline of eternity,
Waves danced with sand beneath my bare feet.
The aroma of palm trees drifting to meet me
As I took my leave to Sharma Lon.
I rode the high crest of descending wave
Into well disguised, endless, decadent cave;
Dark, darker, darkest; no turning back;
Dim light in the distance through crevice did crack.
Of a sudden the sun, moon, the stars were gone.

Nearing the crevice I saw it expand.
I thought for a moment I’d glimpsed God’s hand,
Then a yellow clawed talon parted black curtain.
Heaven was lost. Of this, I was certain.
In the corner, a red Ungodly light shone.
Dark gunmetal boat with cracked mast was tethered.
To rock-jawed dock, grey sails torn and feathered.
Arm clutched by iron claw, I was led to her side,
To travel blood’s river where chained ghosts abide
Deep inside yon Neverland, Sharma Lon.

Down the back of my neck, hot fetid breath dripped
Rancid fog from dead carcass cut open, ripped.
A voice spewing danger, warned us as we passed
Of Hell’s lake of fire where my soul would be cast
Into eternal night with no rumor of dawn.
The screams and moans rose in velocity.
I witnessed each agony and atrocity.
A prisoner in chains, tied to a bloodied tree;
Demons, deriding, chiding, mirroring me;
Ghastly, maimed mimics in wild abandon.

The poison was poured. I was handed the vial.
I forced my eyes closed in hope of denial.
Then suddenly hovering harsh over my head,
Masked ghoul, double-edged ax echoing the dead.
My skull was to decorate Sharma Lon.
I smelled flesh burning in cloyed acrid stench.
Snakes writhing through bodies emerged from damp trench.
The sharp Trident pierced skull, heart, and gut.
Harsh screams of pain’s agony woke me up.
Beads of sweat, nausea still linger on.

In the arms of the angels, alive and awake,
I ride on their wings and feel heaven shake.
The mystical nightmare I dreamed of is gone;
Swallowed up inside an angel’s yawn,
Dead and buried forever now, Sharma Lon.

CANDICE JAMES is the Poet Laureate of the City of New Westminster, BC, CANADA. She was born in New Westminster in 1948 and has spent most of her life in the City of New Westminster.
She is A full member of The League Of Canadian Poets; a member of the British Columbia Writers Federation, and founder and creator of Poetic Justice, a weekly poetry reading series and Slam Central, a bi-weekly spoken word performance poetry series.
She is also the Author of the surrealistic, poetry book, “A SPLIT IN THE WATER” published by Fiddlehead Poetry Books/University Of New Brunswick Literary Press in 1979 and "INNER HEART - A JOURNEY" published in 2010 by Silver Bow Publishing. Both books are over 100 pages.
Candice spent many years in the financial services industry, the real estate industry, and the music industry both in the business end and on the performing side. She has continued writing over the past 30 years, and in 2010 she has re-entered and re-established herself in the Literary Community.
She has been a featured poet on CFRO radio, Wax Poetic radio and World Poetry Cafe radio in Vancouver, BC and she has been featured poet at many poetry readings in New Westminster and the Greater Vancouver area. Her poems have also appeared in a variety of magazines and newspapers: The Loop; The Piffle; The Downtown BIA Newspaper; The Royal City Record; Tea Vancouver, Corvus etc.
Websites:
http://saddlestone.shawwebspace.ca
http://candicejames.shawwebspace.ca
www.youtube.com/saddlestone11