Percy Bysshe Shelley (August 4, 1792 – July 8, 1822) – Poet, philosopher, revolutionary, the patron of all Romantic Poets and of all artists with beating hearts and breathing souls. – Painting by the English marine painter Alfred Clint (1807-1883). 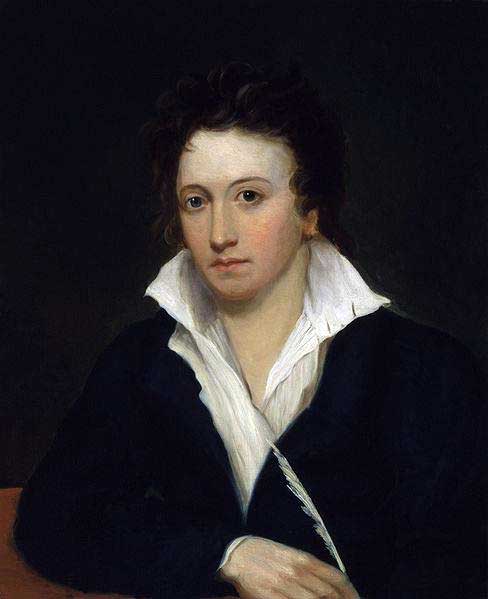 One hundred ninety years ago, today, you passed through the ethereal veil to the other side.  Yet your voice remains with us.  Your words as true today as then.  I have heard it said that no one wants to be a romantic anymore, everyone wants peace.  But I much prefer your defense of poetry.  I much prefer your youthful conscience to that of the cautiousness of age.  We miss you Percy, we miss you with hearts full of Romantic idealism.

Poets never sleep
For daylight is too short to weep
Darkness alone our resolve seeks
The world needs a conscience, a soul that speaks
Watchful, Poets are
From beside and from afar
Tired like larks chained in a cage
The hand that wipes the tears, shakes a fist in rage
We dream when the sun blinds us after a sleepless night
But it is the dusk that invigorates the fight
The Muse is a Mistress without shame
Forget glory, forget even fame
The labors of Poets are those of Sisyphus
Or perhaps the toils of Jan Hus
We’re a strange lot, we Poets, sleepless and lost
Handed a blank page we fill it at blood’s cost
A collaboration with the dead
The loss of bed and pillow for words to be read
And if we run out of room on the sheet of paper
There is always the night from which to borrow later
Poets never sleep
Someone has to sing, mourn, weep. 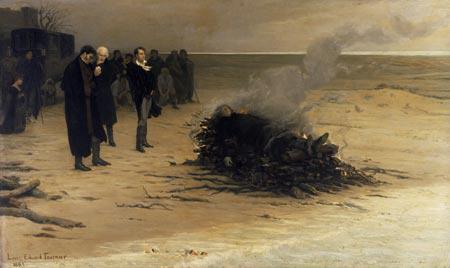 In 1821, one year before Percy Bysshe Shelley left our world, he penned his artistic thesis “A Defence of Poetry” – the central tenet of which is that “Poets are the unacknowledged legislators of the world.”  He left this work as a warning and as an instruction set for the Poets who were to follow in his tradition.  That the purpose of Poets is clear.  Shelley was part of the Romantic movement, but far from being only an idealist, or dreamer, he was also a keen student of the failure of mankind: for most of humanity happiness and safety is more important than doing the right thing.  That is why God gave man a conscience – that conscience in the social organism is fulfilled by the artists – and principle among them the Poets.

“A Defence of Poetry” by Shelley