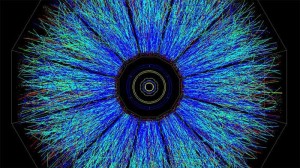 Ten to the power of zero

One click of the longest hand of the watch, the hero…

Oh, the taste of her lips is like wine

I seek freedom from the tyranny of time

I seek liberation from the oppression of schedules on a dime

I seek to escape the criminality of the clock

Ten to the power of negative three

One blink of the eye of a beautiful girl, seductive and free

A tear drop’s surface reflecting what I must have

Lactoferrin and hydrophilic coating on the cornea of love

I wish to walk through the Leica lens

And walk out the other side un-developed, men’s…

…obsessions are simple, conditioned like Pavlov’s dogs to a bell

I want autonomy in a single megapixel.

Ten to the power of negative six

Four machine cycles of a PDP-8 mini, what a fix!

Can I cycle the circle and make it back alive?

Or am I trapped for eternity inside of the machine hive?

I yearn for the liberty of a blank piece of paper, white

An undeveloped photograph suspended in an instant

I know what she’s willing to give, and she knows what I want.

Ten to the power of negative nine

Light has travelled a whole foot, the universe is fine

I am standing at the precipice of her fulfillment

We are radio waves swinging upon a pulse laser sculpted filament

I demand a reckoning of imprinted heart beats

A receipt I can cash in for wasted Polaroid moments

I will invoice the World, for all my torments.

Ten to the power of negative twelve

Half life of a bottom quark, is there any place left for the self?

Thank you Gell-Mann and Zweig for all your hard work

She got on top, anti-quark leading to a champagne cork

Ten to the power of negative fifteen

A transition from light to ultraviolet, what a blast!

She kissed me and inhaled me to make it last

I want her love to be a desire out of the system, non-linear

Is that possible in a world of mirrored measured filtered fear?

Cruelty born of the automated ringing of the self-timer alarm

Like cattle we are all led to slaughter away from the farm.

Ten to the power of negative eighteen

Of all the Danes I admire most, it is Hamlet, in-between…

On one of those twelve attoseconds let me ride

We embraced and retraced all the steps that led us here

Our shattered single-lens reflex illusions, our hearts beating near

I confessed to her an isotope of beryllium so rare

I took a whole two hundred measure to make her care.

Ten to the power of negative twenty one

The outer neutron in the second nuclear halo of devotion

She is ready for another round and her close up, so strong is the potion

We tumble down like spilled cards from a stacked deck

She surrenders and I play my winning hand while kissing her neck.

Ten to the power of negative twenty four

Quark emits a gluon, doesn’t that sound dirty in the arms of a whore?

I have no idea where I am, the purpose eludes me

Freedom has been grafted onto a pile of mathematical debris

Negative or slide, we have been reduced to ones and zeros

Wake up, there are no more lovers, no more heroes

She disentangles herself from my telephoto embrace

Today, I can’t even remember her powdered face.

Ten to the power of negative forty four – Planck time.

Here I will make my final stand against the despotism…

…of the machine, I will demand that humanity engage in nepotism

I am a man, not a contraption, favor me over the clock

She walked away before I could close the film lock…

…of my heart, to forget that a moment is an eternity

As long as love is timeless and men and women are free.

Joyce White Jun 28, 2012 0
Sculpting the Heart's Poetry while Conversing with the Masters - Growing Love When I was a child, it was my mom…
Writing