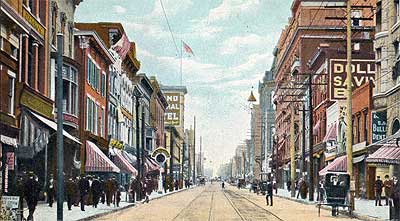 Once upon a fluke, walking down Market Street,
We cross paths but don’t know how to speak.
You offer a “hello,” reaching out your hand.
We shake real tight but don’t know where to look.
We talk in the past-tense, language from a strange land.
Your eyes move, you wince and writhe, fish on a hook.

We see each other now since we escaped from our teens.
You ask me about my sister and flinch.
Then my eyes go empty, staring out over the trees.
Your question makes my lips pinch
And I remind you she died about fifteen years ago.
You shake your head, not sure where to go.

Once on a fluke, walking down Market Street,
We meet, standing face to face.
Hands in our pockets, we study the dust on our shoes and sake our feet,
Looking over the Golden Gate Bridge, picking up the pace.
We feel like strangers ‘cause our lives drifted so far apart.
I don’t know you now and you didn’t know me from the start.

Tourists pass by, taking in the sights,
Brothers once, now only a sidewalk brings us together.
The past follows, a vague shadow in sunlight,
Not what you expect from an afternoon in summer.
My own family, walking by, one in the millions,
A mishap planned by goblins.

Riding on a Rainbow