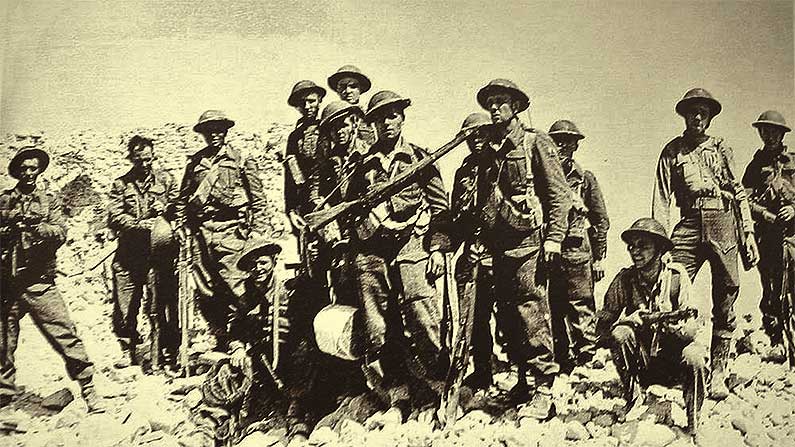 On the 70th anniversary of the battle
Thursday at dawn’s light
We caught sight…
Of the Polish flag – red, white.

Seven decades behind us
The past recedes each day with the speed of the sun
What will the old future say
When the last eye-witness to the eye witness dies?

For here the Polish soldier performed Holy Mass
With the solemnity of the danceless black dawn
With suffering matching of each year to a day
Over crimsonest of hills and bluest of skies.

For here at Monte Cassino, they fought and died
Englishmen, Pole, American, and Free French, tired  –
–  Men under Benedictine walls, savage souls, wide  –
–  Is their berth to the other shore – may they sail well

This land too far off Poland belongs – acquired
And staked out with each cross and grave – or where each fell
Tell me, General Anders –
–  Why is your name not a household word in the West?
Are the contributions of –
–  Some more uncomfortable than those of the others?

For in the bombed-out end – tell me who really cares?
Are not the dead by their glory at peace and blessed
Is not the act of lion-like bravery truth’s love?
Here at your feet rest the sons of Polish mothers.

When on the eighteenth of May the guns finally ceased
It is the German defeat the victors witnessed
And it is on a Polish flag their eyes laid feast
The wind blew it tight reflecting the sun on white.

And mirroring the survivor’s bandages dressed
Blood and purity, with honor gave to the light
I invoke the Red Poppies
Let each one blossom in the fullness of time’s path.

The petals fall where they may
And this interruption also be remembered
An alabaster eternity of red seas
Within the rapture of the Virgin Mother’s wrath.

Under a sky filled with charcoal of the war’s gray
For truth is inconvenient and often tempered
Wounds are never healed
Only sealed…
And in time’s fullness – revealed.