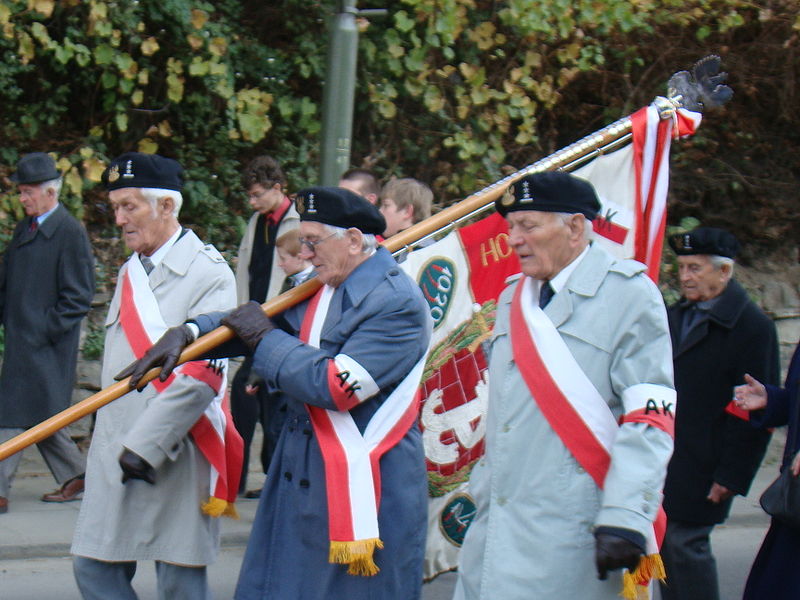 On the Polish National Day of Remembrance of the Accursed Soldiers

On March 1, 1951, at the infamous Mokotów Prison on 37 Rakowiecka Street in Warsaw, Poland – the Polish Communist government under the orders of the Soviet Union executed seven Polish soldiers who fought during World War II against the Nazis. 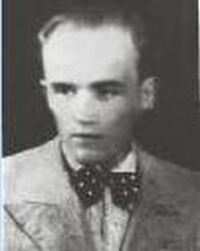 President Lech Kaczyński – 18 June 1949 – 10 April 2010The day marked the beginning of countless such executions.  All the men had unblemished records, their only crime: they continued to fight against the Russian-Soviet Occupation of Poland.  For decades the Polish Government denied even the existence of these men.

On February 26 in 2010, twenty-one years after Poland regained her independence from the Soviet Occupation.

President Lech Kaczyński brought forth the proposal that March 1 be celebrated as a national day of remembrance for all the soldiers of the A.K. (Armia Krajowa) – the Polish Home Army who fought and died for a Free and Independent Poland.

And who was not only hindered in this but systematically arrested and murdered by the Polish Communist Authorities, sometimes by their own initiative and sometimes on the orders and with the help and assistance of the Soviet Union.

Seems so long ago, distant, past, a dead past
60 years have flown by, two and a half generations
A world long now past, forgotten, times of yore
Expunged from the memory of the new generations

„They are murdering us” screamed Lieutenant Karol Chmiel
As he ran down the hallway of Mokotów Prison, on March 1, 1951
As he ran knowing he was going to die anyway
Good for you Lolek, at least you screamed

Should I ignore this bit of history because I was not born yet?
Is this my fight, nineteen years before I was born?

What does history matter to the humans of today
We live in the moment, forget what happened just 10 years ago

But it was Colonel Łukasz Ciepliński’s fight

Before they shot him in the back of the head
And then denied he even existed for 50 years
It was his fight to the bitter end, for Poland

J.R.R. Tolkien called it, the ‘great forgetting’
The way mankind purges the past systematically
Till only moments from the wars and the revolutions remain
Monuments imprinted on the human soul

Józef Rzepka is such a moment, imprinted on my soul
From Lieutenant to Colonel during the Second World War

He carried the Torch of Polish Freedom, first against the Nazi’s
Then against the Communists, who extinguished that torch

And so, sixty years later we struggle to recall
And yet there are those among us who’d rather forget
It’s the past, they lament, let it rest in the grave
Who cares about ancient history, worry about the future young man!

But Captain Józef Batory, the Argus and the Wolf didn’t die in his sleep
But in a pool of blood, not like the giant he was, not like a Wolf!
But like a slaughtered sheep, left rotting and forgotten by history
Dead Wolves don’t stay dead, other Wolves will howl their names!

The present gives way to the past, with the speed of light
Events and celebrations, newsfeeds, and revolutions
The free market and the mighty dollar, the oil barrel and the microchip
The lies become engrained with each year, each day, each second

What was Captain Franciszek Błażej’s crime exactly for which they murdered him?

That he fought the Nazis just like the Americans did?
That he fought for Freedom just like Tadeusz Kosciuszko did?
Or was it that the Western Allies sold his future at Yalta to the Soviets?

Forget it, no one learns history anymore, dusty books are passé
You can’t re-write the past, people’s careers are on the line, family lineages!
It might embarrass Roosevelt, Churchill and Uncle Joseph Stalin
Oh, wait, that last one’s evil opinion is secure… or is it?

In the East, beyond the fabled Polish city of Lwów, past Leopolis
Where most of my blood hails from, Colonel Mieczysław Marian Kawalec lived
There he studied law, there he sang “There shall come a day, when I shall return…
…to see once more the City of Lwów” he did not, death by murder stopped him.

It is my fight too then, I claim it, in the name of the holy word Freedom
For to fight for Freedom is to live a holy life, to struggle for Liberty is to breathe
To remember the fallen who died so we can have the right to speak
Is the greatest act a Poet can give, so I remember you today

All of you, the Accursed Soldiers of Poland, from the very first at Katyń
To the very last one, to Sergeant Józef Franczak codename “Lalek”
You fought the Communists tirelessly, assiduously, with every fiber of your body
Till they murdered you too on October 21, 1963, one month and one day before JFK

The past is catching up with us, the dates are getting closer
Time does not stand still, what was just 60 years ago yesterday
Seems like less than a year ago today, it is strange how time has shifted
What was it Faulkner said? “The past is never dead, it’s not even past.”