Lost Pages from a Journal

Oh time now forgotten and past

You overcome misery by pricking yourself with a needle.

Pinching works as well, but not always.  The needle or the pin, placed point first at the fingertip or the thigh scores a most successful imprint on the pain center.  It is direct and to the point and rarely misses the desired effect.  A pinch may hit upon a dead center on the body or on an unusually tight section of skin and may tickle, or not hurt at all, though when it does the message sent to the brain is roughly the same.

It seems that all other forms of pain are stored in the brain, but not the pin prick, though there is a recognizing trace, an echo of a memory, a switch, like the reset switch on the computer that bypasses all the layers of consciousness and goes directly to the root of awareness.

It is misery that one needs to overcome so, perhaps more so than sleepiness, depression or some general level of sadness.  All the others are caused by factors that no “trick” can overcome for long.  Misery on the other hand is entirely subjective and an aspect of what you focus on.  Focus on the pointlessness of your lot in life for too long and you too will start feeling miserable – change the focus to the pain and suffering others have to endure and you snap out of your own feeling of selfish attachment to misery.

I oscillate between feelings of intense misery and overwhelming elation.  During the latter I am overcome with a feeling of such power and such strength and such lack of care for either personal safety, or any real fear of death that I am liable to walk up to anyone and hug them.

Somewhere deep in the far recess of memory where pain is stored and only music has access to on the rare occasions when the mind is receptive and open there is a window to the soul. 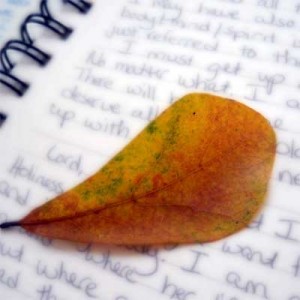 Life conspires with every distraction, to rob you of time.

only the wilting flowers remain

There is a creeping Hispanization of my city,

Spanglish and Latino Music and all that.

A faith increasingly under assault from the modernists

My Egyptian dentist hates our Government but loves (claims to, anyway) Americans

Just not when they display the American flag on their car

She likes me… but not my real beliefs,

only the opinions I spin-doctor for her

A woman with multiple tattoos all over her body and a white sleeveless t-shirt, has just sat down next to me and is having an intimate inane conversation: …she’s not “married” to the idea… she has fire in her ass to get out of L.A…. her boyfriend doesn’t understand her… her mother is getting weird… on her cell phone, of course… now she’s pacing, back and forth, gesticulating with her one free hand.

My French co-worker is the same

Like the Mujahedeen snipers, I have tied my legs – to live or to die – my way.

I have with her the most invigoration conversations in between the mundane-ness of our pseudo-bookkeeping work.  For though she has not reached my intellectual level, her grasp of ideas is nevertheless acute due to her European-ness and inquisitive nature.

She has reached that stage of her life, now past sixty, having lived a foreigner’s life longer than that of a native Frenchwoman, that she is able to, by virtue of her age and natural inclination to wisdom and ability to observe come up with arguments, against which, though I may have a ready answer, I have not a convincing one.

This sometimes, makes me pause, for though I see things clearly, I cannot point them out clearly to others without too much of an explanation that in the process of the act of explaining obscures what I seek to point out and explain.

If she were ten years younger and I was ten years older, we’d have a wild and torrid affair, alas… we missed each other in time, and I am left only with the fantasy of her legs.

Moments, that’s what life is composed of.  Not days, not hours, minutes or seconds, moments.  Certainly not weeks, months or years.

The worst subdivision of life is the decade.  It’s attainable, that’s what makes it bad.  They’re worse than centuries or millenniums.

Centuries are only graspable, conceivable.  No one really attains them.  To attain one, you’d have to live to your consciousness plus a century, providing that you’d retain your consciousness in over a century of age.  That is, if you attained self-awareness an abstract thought at around age 10, and had full grasp of reality at age 110, you’d be one of the few who attained a century.

But then it would equal your life, and be defeated by that equivalency.  You couldn’t compare it subjectively to any other century, it would be the only century you could ever possibly know from a personal firsthand experience.

Years come and go, fly away.  We plan in years.  They are too similar to another when next to each other to offer any meaningful comparison.

Seconds are too fleeting, we rarely notice them when they pass, except at New Year’s Eve.

Minutes only matter when on-hold, or while waiting for the bus or the train.  The only people who really care about minutes are bosses while looking over your time card.