The living room that is not
Reserved for the living
A sacrificial pedestal for the unliving: 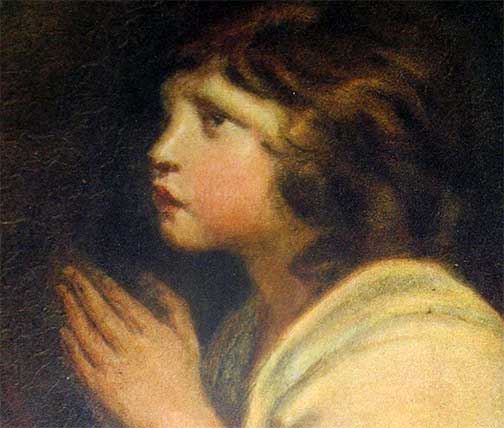 Abstract paintings, unused chessboard, expensive picture frames, a lot without photos in them, one with a very old photo, one with her photo, one with an unknown girl, framed inside it…it’s a picture frame. The unknown girl is praying, in a prayer, like as if before prayer. Garden Eden isn’t that. Plastic plants, liquor cabinets; with unopened bottles, maturing beer… And wine. A calendar from long ago, counting life backwards, or is it time, backwards? What time is it? Nearby a pot of sand, in it, a frozen wax candle, as if a bird was trying to pick out its own heart, with its own dead beak: death, dead, die. Did she?
The living room is still
Its contents do not move
Make sounds, they do not
There is only one door: a back door into it or out of it; into the living room. There is no front door. Had there ever been a front door? He sees where it should have been. There is a glass door. He walks to it. It is the light from the mirror, which collects him in, into the landscape of this room. He sleeps on a couch. His blankets and clothing rests on this couch, like left over dreams. He tries to open the glass door, but it is locked.
He goes back to get the keys.
He goes back to unlock it, but it is already unlocked.
There must be another lock on the outside, he thinks.
He sits on the wasted grey sofa. He takes the chessboard, opens it. He populates it with ponies on the back lines, and the others (horses, bishops, castles, a queen, a king, these; always competing in the hashed silence like cotton, at the back row).
Today he puts them on the front.
On the opposing side, he leaves that space open. He is playing chess against himself. He jumps the pony, taught (thought) better of it, and he returns it back. He remembers it’s the horse that should jump around. Horses…
So he lets one of his horses jump…it’s a long, long leap. It lands well beyond her characters…, playing her things out of the game.
He waits.
When the silence starts dominating, he looks at the mirror door, the glass doors where a door should have been, was…
He doesn’t like the look of the thing that looks back at him. It overwhelms his ability to tell her to play her move. Cold, eternal, eyes of black marble: tears trying to appear. Do tears make moaning sounds, howling out a glossolalia over her death?
This living room was empty with a swarm of relatives, a month ago. His father, with tears in his eyes, said, “The light has taken her”. He meant, he now thinks, what he meant was, “nothing is more orderly than nothing”.
We are always tied down to eye-blink half lives, unsure who or how to hold hard.
There is no outside world, only a mirror…and the outside. He is inside washed –out time; phantom wind inflates the outside, which is not there, perhaps; a slow shadow, passing. And an unseen silhouette on his mind obstructs him.
He reverts his eyes, back on the chessboard.
She has played her hand…no, no, no…it’s a move…he tells himself.
This is not crazy eight.
He sits back on the vehicle of his imaginations, seeing her skip a couple of gears with her castle, accelerate with the bishop, loose grip with the pony as it lands square feet beside his queen: checkmate! She is smiling, smirking at him, her smile stinking him like a newborn’s first wound, or the shock of birth. He stares at her smile again, it’s a life.
It is life.
It belongs to the outside, rubbing out the blooded outside air… She sets out to stop the air outside from hemorrhaging berries, or blood…
With her smile, of course!
He cannot leave this room, this house…this room.
He has taken time further inland; to sew lives’ boats, thoughts’ ships, and feelings’ vessels. Everything floats: rugs, tables, chairs- and so do his dreams, dry fields of corn, dry riverbeds in the draught year of 1992.
1992, that’s when he met her
2002:
He no longer leaves the living room: only for ablutions, not for bathing. He doesn’t bath anymore, for a month now. There is a toilet, off this living room.
He packed his shelves with non perishables, ready to eat foods.
He barely eats.
He is shallow, sallow; like the skinny, yellow sheaves of wheat sprouting inside the sun deprived damp granaries, lacking in character, self interested.
He is trapped
He leaves the chessboard
He fishes his old Mbira instrument among his stuff on the couch, a warped thing. Now it has only three out of seven, of its keys left on the upper row. And two middle keys on the lower row. He touches the upper keys with his fingertips, puffs of dust rose off its gourd inlaid belly, dusty sounds- a strange primitive melody rivers out of the keys, and then he deepens it with the lower two deep keys. He feels, with each touch of the keys, as if he is drawing circles on top of the river’s waters.
The forked shadow of music, an echo, a decaying interval, a blue shift delayed, as he jumps those empty places were other keys should have.
Her space, in his life, is like those empty places, creating silent silences.
Talking silences?
He is dying himself, and inside him, he feels that quick, sour blackness, but the edges are worn out so finely, that he has got a hole in him that whistles clean.
There is no outside, only inside
Rooms
Looms
Walls
Holes
Mirror
Mirror
………..