How the Soul of Dog Came to Be 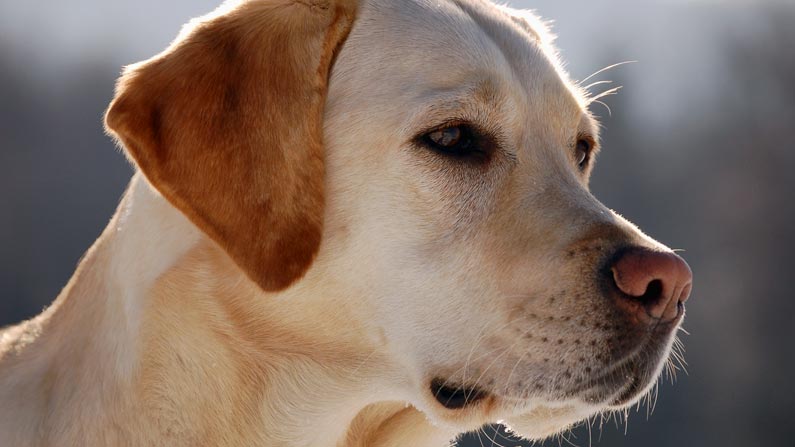 When God made love
in perfect form
He saw that it was
good
He sent it down
from up above and
poured it out
Giving it freely to man.

Human heart was not prepared, even with eyes on God
it struggled to love so perfectly down below on earth
there was strife and jealousy and selfishness,
man needed something to love beyond itself.

God returned to His drawing board
He picked up tools and began to create
from bits and parts of creatures before,
slowly a new creation was formed.

It would come to have soft eyes and a gentle loyal heart,
it would walk on four legs and not two, like man
it was physical bodied vessel for pouring love without reserve,
and with a final joyful flourish finish it was given a tail that wagged.

What was born from such humble form
was a being so delightful and noble,
so capable of carrying forward deep wells of love and devotion
that it was called into to existence upon the earth by the reverse of His own name.

As dog emerged from the darkness of the wilderness to gratefully accept the scraps that were tossed
it offered the pureness of its soul and gave protection and company
it asked for so little in return that as the eons passed it earned a space by the fireside.

The canine heart gave and gave without ceasing
dog became a favored creation of God
and then the entrusted loyal spirit
became a permanent companion of man.