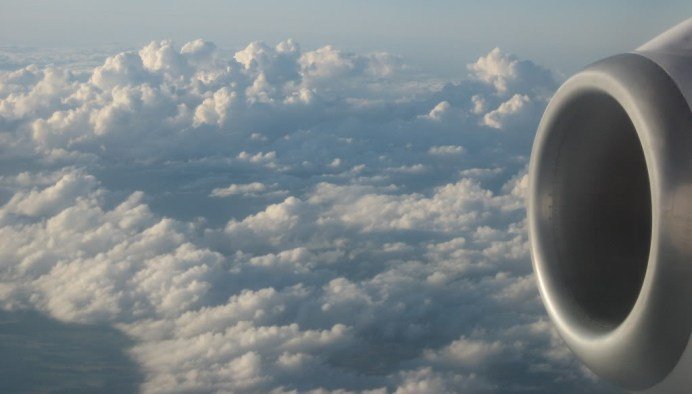 When my mom got sick in 1994
I had no idea what would be in store.
She was so ill she had to have an open heart.
Surgery that would take her whole chest apart

It all began with the Learjet from hell, you see
Two pilots and a paramedic who were miserable to both my mom and me
The plane took off from Teterboro in nine inches of snow.
For a five-hour ride to USCD in California to save her life, you know.

But, as soon as we took the pilots were looking at a map and trying to stay cool.
In reality, a dangerous fool was running the plane.
Not really concern about my mom at all
The pilots and paramedics were drinking coffee and having a ball.

Not once did they care about whether we were all right
This I knew would result in a big fight.
When my mom asked for ice chips and water, you see
The paramedic over medicated her right in front of me

This led to words between us, and I told him this too.
You better make sure that you tell me what you give her before you do
But, before things got worse, the pilot did land.
Causing me to fall out of my seat and hurt my hand

The seats on this plane did not really exist.
I was sitting on something smaller than my wrist.
Not only there wasn’t food, water, or a bathroom on this flight.
Imagine the pilot handing you a bedpan and having to go sitting upright.

With three blankets over my head, I tried not to get too wet.
I thought about the indignity and still another chink in the net.
I could not believe what happened after we finally did land.
The door of the plane fell on the pilot and broke his hand.

I did not know whether to laugh or cry.
I just looked at him and felt no pity. I bet you could figure out why
A gray-haired man alighted from another Leer Jet I saw.
He said he was the President of the company. I told him the score.

He went to a phone while I used one of his
Calling my brother to stop the 12,500 dollar check for his biz
They had to get a new pilot to replace the one with the broken hand.
Hopefully, they will find one who came to go up and safely land.

Well, a trip that is supposed to take 6 hours or less but no more.
It took 16 hours, and I was out to settle a score.
We landed in the middle of the night in an airport that you could barely see
With an ambulance waiting and another paramedic who greeted me

We went to the hospital and settled my mom with the staff.
I saw the paramedics who did nothing but laugh.
The next morning I was called to the hospital because she was really bad.
The staff that greeted me looked upset and really scared.

They said they were not sure whether we got there in time.
I refused to believe it and told them I knew she would be fine.
Never before had they met anyone like me, they said.
Looking at me with eyes that only had dread.

The doctors and nurses at UCSD I will never forget.
They saved her life, and I guess the flight from hell I cannot regret.
She is still here, and my family is grateful to them, you know.
Unfortunately, Alzheimer’s got her six years ago.

Miracles do happen, and I believe that to be true.
I hope that there is a cure in my lifetime and hers too.

The Colors of the World

Tracee Gleichner Oct 30, 2021 1
Between the Book Bindings My approach to writing a novel has changed dramatically over the years. I started…
Featured