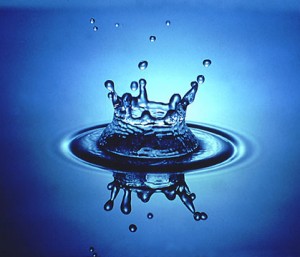 Droplets of water high on the mountain,
The sounds of the water in the streams and rivers
There are droplets of water floating on the high seas.
Oh where has this drop it been?

Could it have been this drop that fell on Christ face?
The day they crucified him on the cross,
Or was a tear of joy on Mosses eyes when he saw Christ,
Oh where has this drop it been?

Oh if only we knew where that drops of water has been,
A drop at General George Washington at Valley Forge,
The last drop a man had in Death Valley,
Oh where has this drop been?

Was it on the Ghost Dancer at Wounded Knee?
Could it have been drop of sweat on soldier in the battle of the Bilge?
Drop that fell on the made the Mississippi River overflows.
Oh where has this drop been?

The drop of water at the attack on Pearl Harbor,
On the hand of a 75 year WWII Vet with progressive leukemia,
In the rain as it fell on Vietnam,
Oh where has this drop been?

Drinking water for the tribe of Benjamin in the land of Israel,
A drop when Christ turned water into wine.
Drop of water on a cargo ship at Constantinople.
Oh where has this drop been?

Drops on the Barents Sea splashed upon a ship.
Into the halls of Russian Government this drop of water,
From Canada to New Hampshire in the falling rain
Oh where has this drop been?

A drop of water on the Apple that was eaten at the Garden of Eden,
Where ever it has been it’s changed many times,
It’s seen many times the all four trade winds,
We could go one to no end where is has been.