She was before him. There were no others; just them. She looked up at his face, he looked so calm. No anger, no worry, no prejudice. He sat there with his smile, a little adorable smile. She even forgot about the last time she saw a smile like that. Two days ago, three weeks ago, eight months ago, twelve years ago.. Ah, she didn’t remember about it at all. 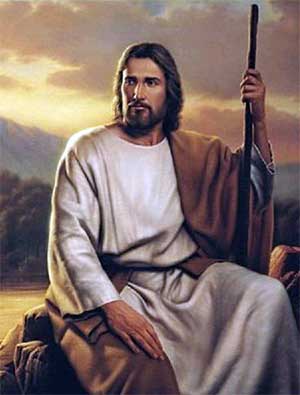 She was there bringing her anger. All her wildest dreams were on her shoulders while all her disappointments whipped her back roughly, too rough so it just made her eyes weren’t brave anymore to stay open. She strafed him with her logical thoughts. She talked to him, but she didn’t just talk. She tried to argue against him. How could it happen? What do you want exactly? Do you really understand about the fairness? She forgot all the kind and the tides balance. She let herself fly high with no consciousness that it would take her down in the few minutes later.

She stopped herself. She looked at him, her eyes caught how he looked at her too. He didn’t just look, he saw her. He saw how angry she was, he saw how disappointed she was, he saw how afraid she was. He woke up from his seat, walked closer to her. Face to face, eyes contact. There were still no conversation before he asked her, “Who am I?” And still no words from her, “Who am I, Kid?” She didn’t understand what happened with her. She knew its answer, but it felt like her mouth was too afraid to open itself, too afraid to give a way for her voice to be something listenable. “You’re not that Thomas. You’re not Peter and you’re not Judas. Who am I, Kid?” He asked her the same question. “You’re the God.” “So whose God am I?” There were still no words just like before, “Kid?”

“Mine,” then she felt like she were just cutting off here branch, the only place she were sitting on. Had no power to say anything, had no face to look at Him. “At least now you remember about it, Kid.”

She’s with Him now. Yeah, with Him.

I'm an amateur but I write for I love it, for I can find something others can't. I capture what I have, what I see, what I hear, what I get in words.