It was another time, long ago and far away, but I still remember the feeling in the air—hope.
I was just a kid, a little kid, but you could sense the optimism, the auspiciousness
of the age, for our handsome new president had such style, wit, and ideas.
Ideas filled with promise for a better world.
And even a little child like I could feel this. 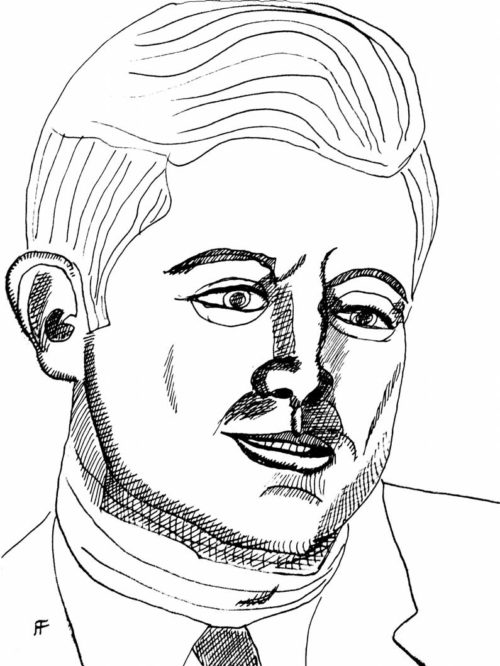 “Ask not what your country can do for you, but what you can do for your country.”
He expected high standards from his people, he expected them to rise to the occasion, to meet the needs of the days ahead, the challenges of the world around us, and give a solid effort to make things better for all.

His lovely wife at his side, her poise and beauty were breathtaking. She was every inch his equal. His lovely children completed the picture. He was a real war hero, yet disliked war and moved toward a peaceful resolve of differences. It was his ultimate goal to bring the shattering conflicts of our time to the table of wise diplomacy.

But he had enemies on both sides of the aisle. Those that liked to talk the talk, but not the walk. He told them to get their shoes on, it was time to be walking.

And so like Caesar’s assassins, they began to plot. Plans were drawn up in secret places. Specialists were brought in to assist for the day they would strike.

Until then, they all smiled and nodded oh yes what a wonderful man, what a wonderful president.
His friends felt the tremors, sensed the darkness approaching and they tried to warn him, but he would
not have it. He felt you couldn’t live in fear.

It was in the fall, before a large crowd, in a plaza, the shots rang out, and the hope of the future for all of us ended. He was gone and they put their man in, who was ready to give them what they wanted and did.

Those responsible acted their parts, put on their solemn faces, said what a tragic event, the poor widow, such great president was gone.

The people cried, especially the black people, they knew what this meant for them. World leaders knew also. They knew what had really happened.

Four days of regular television programs were suspended so the medium could cover the news of the day and pay tribute to the loss of our great leader.

It was kept from the people, the truth, the most secret truth which would shatter their innocence. The newsmen told them what to believe and they believed, most still do. For the truth is just too awful to face. To believe a familiar lie is comfortable, acceptable, you will fit in, you won’t upset business.

It was another time, long ago and far away, and not at all like now, like what we’ve become.