Today, my son has reappeared in RL [real life in chat speak].  Right now he is upstairs luxuriating in Internet usage after having frequent exercise interspersed with long rides in a car for a couple of weeks.

He is my immediate family but all of the people who saw him with his father, stepmother and other children may well have assumed his stepmother was his mother and that I do not exist. 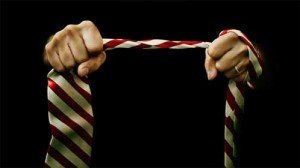 In reality, I noticed when I was involved with a man who doesn’t want to be my son’s father but stepfather, that I reacted subjectively and intensely to the reality that when people saw us together they assumed the man who was my husband was the father of my son when he was the stepfather.

It is a bizarre sensation.  In truth, a lot of other people know about stuff like this, but experiences vary.  Some would be happy and relieved, some conflicted and others do not really like it.

I did not really like people thinking someone other than my son’s father is his father and I do not like other people mistaking my son’s stepmother for me – his real mother.

It is not a type of displeasure that would kill anyone but is more like ‘scuff marks’ from not having better luck with marriage.

Now, I have been re-watching a movie that is creepy and perhaps strangely powerful.

It is a movie in which I personally find it ambiguous about whether there is a serious government cover-up of a plane crash in which some children were amongst those who died….and mind-wiping experiments by governments and the basic psychological problems people have if they lose a child and their grief make them a bit crazy for a while….but with proper therapy, they can be brought back to reality.