For many years, we heard the word terrorism, the evil ones.  Terror is one of the World’s greatest fears – over the last century over 100 million people were victims of some sort of terrorism.  Are they way behind governments and tyrants?

“Any sort of resistant movement is going to be viewed by those against whom they are fighting as a terrorist organization.”  Quote by Ex SAS Barry Davies. 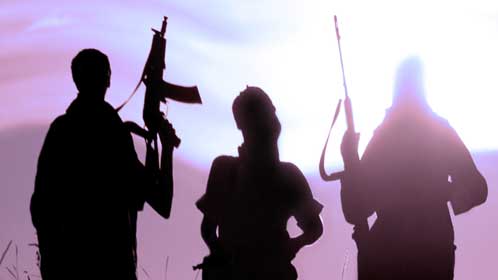 The first time the word terror came about was during the French Revolution when the government in the 18th century viewed thousands sent to the guillotine.

Then it applied to resistance groups in the late 19th century, powerful rulers, Tsar Alexander II of Russia and King Umberto of Italy.  Around the same time, two Spanish prime ministers were assassinated while in a book shop.  Today few modern political people leave their life in such a vulnerable state and are protected, as terrorists have harmed ordinary people.  One terrorist said, “Why to attack a tiger when there are so many sheep.”

Today we see Iran as the head of terrorism, but in the ’70s before 911, in 1978, flames were coming from a cinema showing an anti-government film in Abadan.

Officers contacted headquarters to report Islamic militants had gone inside when they realized they were being watched.  The people in the cinema were locked inside and tried to escape, but could not.  No fire hydrants were working at the time – the secret police then blamed them for starting the fire.  In 79’ the monarchy fell to an Islamic revolution.  A new ruler convicted Captain Monir Taheri for the fire and executed by a firing squad.  Before this fire, which killed those inside, many fires started at Cinemas, restaurants, and nightclubs, those involved – put to death in public.

Then we had Air India, which exploded in the morning off the coast of Ireland.  A bomb, planted in the front cargo, and at the same time, two baggage handlers were carrying suitcases in taken from Canadian Pacific 747, when the suitcases exploded.

On July 3rd, 1988 an American warship, the USS Vincennes fired two missiles at an Iran Air Airbus A-300 over the straits of Hormuz, apparently thinking it was an Iranian fighter.  The airplane crashed killing all 290 people, many pilgrims going to Mecca.

It was only five months later on the 21st of December at seven in the evening a Pan Am Flight 103, above Lockerbie

with 2456 passengers and 13 crew traveling from London to NY –  the airplane split into five pieces.  Several organizations claimed they were the ones to blow up the plane – One of the groups called themselves the “Guardians of the Islamic Revolution.”

I don’t know if you remember a man in a shop from Malta who said he sold the objects investigated from the wreckage to a man from Libya,  who also had it against the US when a bombing raid in 86 killed dozens of people including President Gaddafi’s adopted daughter.  The United States then pulled out the planes from the British Bases.

Remember the Mumbai bombings, when in the winter of 92-93 900 people mostly Muslims were killed and 40,000 more fled the city when a powerful car bomb went off in the basement of the stock exchange in Mumbai, followed by a number of bombings in the city set with timing devices.

Osama bin Laden received the attention of the world on August 7th, 1998 when bombs went off in the American Embassies of Kenya and Tanzania.  The bomb was a mushroom cloud of dust and smoke.  Windows shattered for miles, people were walking the streets bleeding, and the US Embassy blockaded their headquarters by the US Marines.

Those who took the blame were the” Liberation of the Holy Places.”  They said they wanted to drive Americans out of Muslim places. Then, in 1993 the bombing in the World Trade Center and the US was convinced it was part of al-Qaeda.

President Clinton, two weeks later ordered cruise missile attacks to strike Afghanistan at a chemical weapons facility in Sudan.   That was when they denied any chemical weapons and they hit a pharmaceutical facility. The Embassy Attacks were a blow against the US for its’ support of Israel.

The 911 attacks on the World Trade Center twin towers and building five imploding the exact way as the twin towers, blamed on the fuel by the plane, but no plane hit building five…  among those on the plane were al-Qaeda terrorists.  Out of the nineteen hijackers, fifteen came from Saudi Arabia and two from the United Arab Emirates, one from Egypt and the other Lebanon.

The list goes on after 911 but we seldom heard about what was happening after the largest attack of terror in history happened on our soil.  I failed to mention Iraq and the Mumbai Train Bombings and more.  The terrorists want the US out of their land, and when it did not happen, it continued.  The unfortunate thing is, we will never change a battle over religion – no matter what the word is – terrorists are simply killers.

Through the Eye of a Child