As long as there are people who have experienced being an unarmed victim of a bad guy with a gun, knife, sword, or gang and, on the other side, those who have successfully defended themselves by having a deadly weapon at hand, there will be calls for gun control and calls for the right to defend one’s self. 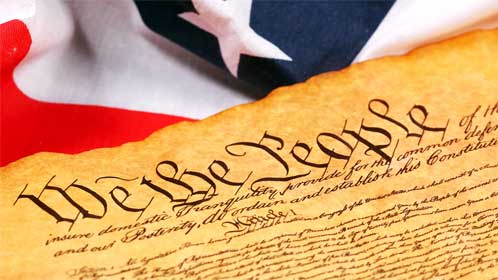 It is always far easier to steal from a placid defenseless sheep than the strong deadly lion but which position is the right one to take? The “State” can protect the State but it has never been able to protect every individual within that State.

Further, “States” that possess the only weapons within their boundaries have, in very many cases, used that power against their own citizens.

Is this the, “We, the government and the bad guys, will have weapons but you may not,” type of society you yearn for?

Perhaps you also wish the courts to allow your attacker to sue you for injuring him/her as you defended yourself from rape, robbery, or murder.

As the British Police are now advising, “If you see your neighbour being attacked, walk on by and let the professionals handle it.”

However, rather than state a series of facts that may support one side or the other, I’d rather say that, were it not for having (carrying) and knowing how to use a handgun, I would not be alive today. Yes, there are valid arguments for both allowing and for banning weapons of all kinds.

Add to that, banning tobacco, alcohol, drugs, certain medications… anything that does or may cause mental illness, rage, injury, or death, and the list goes on. We all know how unsuccessful “Prohibition” and the “War on Drugs” have been for the general populace and how profitable such laws have been for the connected elite so why should guns be any different?

Let’s make it a profitable business for the underworld and stock buying and licensing opportunity for the lawmakers, just like Kennedy’s fortune from “Rum-Running” during prohibition and the purchasing of the right to sell scotch whiskey for pennies on the dollar during and hundreds of millions in royalties garnered after prohibition was lifted. Well planned Joe. Let’s do it again.

Argue the side you believe in but do it with the understanding that the actual problem is not being addressed by either side and that the “Elite” control every aspect of your life to further their sophisticated well-planned agenda.

What… you thought this debate was new…? Guess you’ve never read any history.

“The most foolish mistake we could possibly make would be to permit the conquered Eastern peoples to have arms. History teaches that all conquerors who have allowed their subject races to carry arms have prepared their own downfall by doing so. Indeed I would go so far as to say that the underdog is a sine qua non for the overthrow of any sovereignty.

So let’s not have any native militia or police. German troops alone will bear the sole responsibility for the maintenance of law and order.” – Adolf Hitler, April 11, 1942, quoted in Hitlers Tischegesprache Im Fuhrerhauptquartier 1941-1942. [Translation: Hitler’s Table-Talk at the Fuhrer’s Headquarters 1941-1942], Dr. Henry Picker, ed. (Athenaum-Verlag, Bonn, 1951)