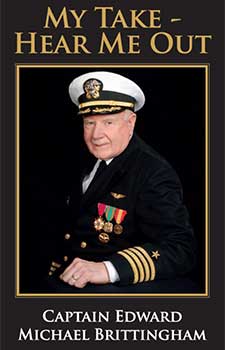 The misuse of classified data puts the FBI to activate the unofficial allegations made the counterintelligence division.  On July 31, 2016, march another investigation and began wiretapping in October where one Republican dispatching multiple sources to spy.

Clinton was dumb, fat, and happy as he received money from Austria, Norway, and Saudi Arabia giving between $10 million to $25 million.  Another outstanding man, Frank Gerista, gave as the president sealed the unheard-of $ 31 million bucks.

Clinton got allocates by who has donated $500 million over the past decade.  This had a bit of top secretary but Obama made it public by admitting Hillary was acting Secretary of State. The potential role of conflicts grew controversial when the president (Obama) released donors to his library and called it “a deal between Obama and Hillary.”

This emotional caused various global interest and would violate headaches for the future commander-in-chief!

Well, the time has come to admit the Hillary Clinton, although warned in August 2016, has recklessly through classified intelligence and destroying unknown Government email.  The prognosis is the Benghazi massacre plus the unmitigated Obama policies led to the collusion by Secretary Clinton that led to these crises.

The shoe fell when the Obama Justice Department managed to push beyond Election Day.  The politics reported that it has dropped a criminal case against Marc Tiani.  He was cited as supplying guns to Libyan during the 2010-2011 Civil War.  This action capitalized by the gumption of Secretary of State Hillary Clinton.

The defense of Tiani was to prolong this for several years.  The murder of the U.S. Ambassador by al Qaeda jihadists in Benghazi on September 11, 2012, has been malice!  Incidentally, Obama gave his blessing on arms shipments, but Qaeda recognizes that this nation was the permitting source of weapons to Islamic militants.

Had the knowledge of this and other secrets manners would have been treated as highlights of Libyan policies, Benghazi and the rearming of jihadists.  No doubt, this was most embarrassing and devastating.  This was the start of Hillary Clinton’s emails.  These led to those were the emails destroyed.

As we observed this was not a gala event for the Democrat Party but their lies probably legal prosecution.  Newly released Clinton emails on Benghazi problem that has been covered up for years would have exposed Hillary Clinton’s email account.

If they had been released in 2014, the State Department uncovered them and a different ballgame would have been played!

This is the eighth Book pertaining to life’s worries and problems that we must take back to 2008. President Obama and his cohorts began slowing down the economy and slowing basically the military.  His instance to arrange the necessary factors have drained into a plot that will spy on and discredit future Trump from running for president.

With President Trump in office, he begins to bring a whirlwind of completed hallmarks of the dismal eight years of the former president. The slow-down of the military force is unexceptionable, were the replacement of essential parts has doomed the aircraft that makes it un-flyable!  The Air Force needs pilots, Navy ships have fallen below 270 ships, and the Marines have cut back troops, and we are now shooting marbles at the enemy!  Russia, Russia, Russia!  President Trump has been collusion or plotting with Russia.  The democrats are vibrant with cries of impeachment one day after Trump assumed office.

The Clinton Foundation developed into a money market as Bill Clinton gained much from Hillary Clinton. This followed by the Uranium One Deal, which caused a tremendous shaky pearliest situation. The vast amount of money was involved in shifting uranium to Russia.

The Hillary Clinton/Abedin/Husband is a mess like never you have sent before.  The thousands of emails that she had sent plus Abedin, her secretary, was access to many minds of Muslim brothers.  Then the husband clutters up the whole ball of wax!

With the Anti-Trump haters and the 2016 election, the rest is showing who wins the election.  President Trump cleared out and put in a new order of programs, which made the people happy with more money to spend.  He carried out many things, including national visits, which made the U.S.A. a great and prosperous nation.

Comey, The Federal Bureau of Investigation, plus several others, led the way to the conspiracy of the president. The massive emails, notes and phone calls led to the goal.  A lady of one of those associates worked secret files and was unnoticed by the rest of the gang.

Back in 2016, the former president formed the Deep State.  He selected many followers who dug into files, background checks to obtain dirty mistakes that the former president had.  He had all of the officials, including the heads of government and Central Investigation Agency, among others.  This accelerated like wildfire until the Justice was relieved.

At the end of the North/South Korea war came to an end, North Korea started developing a nuclear device.  Both Japan and South Korea noticed the rockets fired, and the U.S.A. was aware when she fired a missile destined for the U.S.A. territory.  The president and the head of the state department met with Kim Jong Un is there first meeting, but it appeared the Kim agreed that he would eliminate nuclear weapons.  This trailed on with several meetings where President Trump crossed from South to North Korea. This ended with the president walking out of the talks!

Yes, it gets bigger!  Iranian has been flirting with a nuclear power plant.  President Obama, with his Secretary of State, gave a lot of money and hid it from congress.  This went on for many years, whereby the money was used to build a nuclear plant rather than use for humanitarian use.

President Trump announces the Circuit Court Judge Brett Kavanaugh as the choice to replace Anthony Kennedy on the U.S. Supreme Court.  Early in his career, he was an outstanding representative of the court.  While on the D.C. Circuit Court, he upheld many decisions.  A letter involving his behavior appeared when the letter was held by Senator Diane Feinstein.  This sited numerous clashes – this continued until the trail.  The long, tedious event lasted while several outbreaks were shouting from the crowd.  He was approved as the new U.S. Supreme Court!

New members of the U.S. House of Representatives in 2019, was “The Squad. “This collection is the Muslim version of girls who criticize bad mouth and cause road rage in the House.  Nancy Pelosi disregards them, but they cause havoc.  The next action is the dossier/Barr/Muller/report.  This resorts to changing the report, which is true.  The impeachment is similar to the massive piles of paper revealing Trump’s impeachment.  The Senate was where the trail and was built upon the secret behind closed doors.  All of the facts were lies, and the case was dismissed.  The final segment was the killing of General Qassem Soleimani, which was a terrific gain to end his life of over 500 killings for Iran.

Did you make the right decision in the previous chapters?  Might this ruling cause you to think but embolden your pledge to this nation! 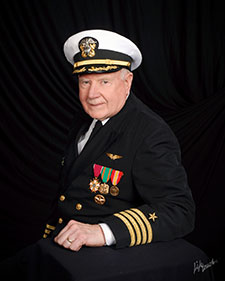 I raised my hand in May 1962 to join the Navy. After sixteen weeks of training, I become as Ensign in the Navy. Orders sent me to an eight-week syllabus which includes aircraft flying, intelligence training, and code/signal recognition. I received orders to the navigation school in Corpus Christi, Texas. After three months of training, I received my Navy Flight Officer wings. After tactics training and the system of the tactical coordinator in Norfolk, VA, I went to fly the P-2V aircraft.

After four months of training, I was assigned to VP-10.Deployment to Sigonella, Sicily I was a navigator in crew two. We did surveillance in the Mediterranean Sea rigging ships and an occasional Soviet submarine. In April 1964 we landed back in Naval Air Station Brunswick, Maine. I passed the test and became a tactical coordinator and was assigned to the Executive Officers crew. I excelled in the Mine Exercise, Springboard ASW Exercise, and achieved a task during deployment on a U.S. nuclear submarine.

My next assignment was to VP-30, which was a training squadron. In 1969 I led six naval flight officers to beautiful Burbank, CA. to learn the P-3C. C stands for computer and formed the Tactical Support Center where brief/debriefs are held. I got orders to grade the aircrews in the ASW Exercises. This plus the Mobile Operation Van, and the van’s technical representative instructed me how and where this system works. Another VP-49 needed me, so I went to Keflavik, Island on deployment.

In 1972 -75 I was assigned to Commander Fleet Air Wings Atlantic where my job was to thank care of the Admiral! I was involved in the Fleet Air Training Manual, numerous tactical manuals, and numerous manpower studies. My orders arrived – Naples, Italy.

CTF 67 was where I worked – 7 days a week. I was an operations officer in charge of two deployed patrol squadrons. Eleven months later, I was selected for command, VP-11. This Command brought many accolades and honors to this command; sailor’s reenlisted, two successful deployments, many Soviet subs detected, and winning the COMSIXFEET Hook”em Award.

National War College was my next assignment followed by the Pentagon. I became the pushing of SURTASS “Surveillance Towed Array Sensor” to 12 vessels in 1980. I became the speaker of ASW before 32 admirals of the navy.  April 25, 1985, I suffered a severe stroke which ended 23½ years of active service.

In 1995, I had a dream about Soviet subs. That’s when I started writing and produced “Sub Chaser” – the true story of my life. My second piece was “Operation Poppy,” which would be the opposite of the P-3 and the U.S. nuclear sub. This was chapter after chapter describing events that were happening.

In 2005, I caught a glimpse of Iran through SURTASS. This was an interesting novel that led to a different scenario.  The Virginia Tech murder of 33 victims caused me to reveal the way to “Terrorism in the U.S.” In 2008 an alien from out of the country was going to launch a nuclear power plant in Virginia!

2011 brought “Hard Facts” I capitalized on four items: Yemen; Venezuela; Mexico versus U. S.; and brought Central Intelligent Agency (CIA) to view what has been occurring in that country.

Beyond O’ Dark 30 was released in 2014. It was a true story about the things that were built on prevarication or outright lies! All of the day’s happenings such as Benghazi and other problems are addressed.