A black stretch limo waited on Fifth Avenue, for me and my friends, and I left mother behind.  Music played through the night, while Wilson Picket sang ‘Mustang Sally,’ and we pranced around wearing furs and silk; in the audience, mother stared, as I peeked down a long hall waiting for my turn, her eyes met mine…

We stared from a long hall toward the audience, while we listened to the sound of Wilson Picket, waited to perform on stage at the Turn Table Nightclub; unknowing, another table twisted behind a closed door where the scratching of the record could be heard, the song, was over – and unbeknownst to us, the man laid there with his head on a counter, shot in his temple.  But the music played on, and we wouldn’t know this until the police came to our hotel.  A turn table twisted, behind a closed door, where the cops said, “His cigarette, burned down to the filter,” and he was only down this small hall, to our left, it was 1968. 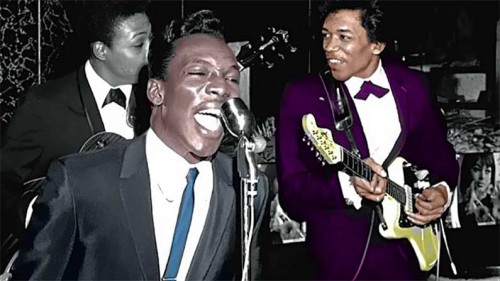 In front of mother, her favorite beer, and I continued to hear Mustang Sally, even after it ended, I hummed and imagined, here I am performing in front of this group – not to mention Aretha Franklin was seated at the table in the front row.  But, I was there; ready to do my part in New York City.

An invitation to ride with the music men in the back of their stretch limo, and drink champagne, and then inside a small intimate bar, in the Village.  We all walked in, me, three girls who were working with me, and the stars.

Wilson Picket walked through the door and shouted, “Champagne for everyone.” Then the crowd stood, clapped, we walked in, side by side, we were given the best seats in the place.  The music man kept repeating, “Champagne on the house”…

We felt fancy, rich, beautiful, and I recall the music of crystal singing as a toast was made.

They treated us so kindly; no one back home remembered to open the door, take your hand, and help you to your feet.  No one took the time to invite someone lower on the totem pole to ride in their limousine.

When the black car pulled up to the hotel where the four of us were staying, one asked if they would ever see us again.  I remember saying my mother was up in the room probably checking her watch and wondering what time I would be returning.

They knew where we were from, upstate, and not long after that they planned a stint in our town, so once again it was four girls standing around, in our town, listening this time to the song, Mustang Sally.

It wasn’t long after that when I began to carry dirty clothes down the Avenue to the local launder mat; where I passed girls who sat on front porches, laughing.  They had no idea I grew up quickly that week, in New York City.  Never was questioned again by any man who wore a uniform.

A Museum for the People