Steve Earle and the Dukes: The Hard Way

Steve Earle and the Dukes

This forgotten masterpiece was Steve Earle’s fourth release for the MCA Companies.

Released in 1990, this was the follow-up to another Steve Earle classic “Copperhead Road” and continued his tough stance image. 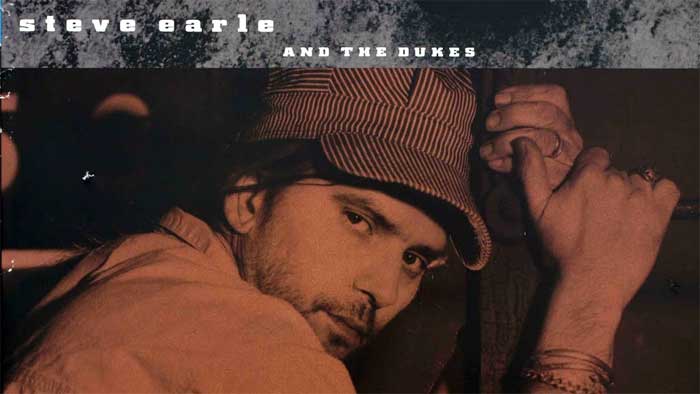 His addictions did nothing to diminish the natural ability to write what needed to be written and say what did need to be said.

It is said that if you want to know how an artist like this is feeling just listen to the art they make and this is very true here with a wide range of emotions.

Steve Earle was feeling transient in “This Highway’s Mine” and “West Nashville Boogie”, romantic in “Promise You Anything”, “Close Your Eyes”, “Hopeless Romantics”, brutal emotions towards justice system, “Billy Austin” and “Justice in Ontario”, and a bit nostalgic, “The Other Kind.”

There have been a lot of arguments throughout the years on whether or not Steve Earle was country or rock.  This recording demonstrated that his heart was in between and would stay there.  Unfortunately, this way the last piece of new music of Steve Earle for a few years as his demons overtook him.

Through it all, Steve Earle’s The Hard Way gave us honesty and that is a worthy listen at any time.

Four twangs out of Five.

Andrew Scott is a native of Fredericton, NB. Andrew started writing as a way to communicate and cleanse his feelings. The poems written are based on all five senses of emotion. They are stories of him and others, based loosely on conversations and observations. These are brought to him by visions in his mind and relating to his characters as they were real people. Once they are thought of, these people come to life as their story is told. The reader can relate as these are emotions based on everyday life.

You can hear Andrew each week as part of the Speakeasy family on Sunday nights at 8:00 EST on Reserve, the show where you call in to give your writing influences. This can be found on Blogtalkradio.com/reverse

Andrew has a belief that all can relate and should share in these stories as they have affected him for the better. All people can contribute to affecting someone’s life and we should celebrate everyone’s story. Without them, we would have nothing. To contact Andrew, email …andrewscott.scott@gmail.com
Website:
http://twitter.com/JustMaritimeBoy
http://myspace.com/ Just A Maritime Boy
http://andrewmscott.weebly.com

Ghost of the Wandering Pedlar