Bob Marley said, “One good thing about music, when it hits you, you feel no pain.”  Music has always been an inspiration to me.  It invokes emotion, provides release, and offers companionship in a way that few art forms can.

I use it as a muse for much of my writing because just as in real life, it sets the stage for mood.  There are songs I devour, resulting in a visceral response as they pump through my veins, strum against my heartstrings, and settle in my gut.  They have become the soundtrack of my soul. We all have these songs, and when you find someone else that shares that passion with you, it’s like you’ve made a friend without trying.  It is the original social media, bringing us all together in the shared human experience. 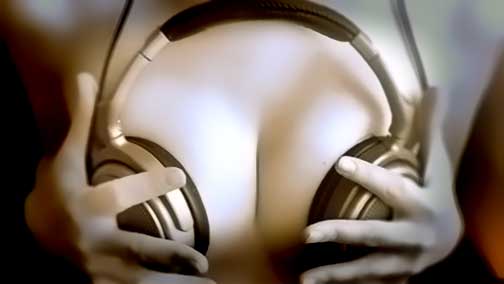 My husband lost in his brother, Danny, at a young age.  Whenever Elton John’s song, Daniel comes on the radio, he gets a wistful look in his eyes. He told me that although Mr. Elton John did not know Danny, that song was written for him nonetheless.  That’s the kind of hold music has.  When a friend of mine broke up with her boyfriend, she played Gotye’s, Somebody that I used to know, on constant repeat. She said the song actually helped her to heal.  I’m probably dating myself but whenever I hear The Village People’s YMCA, I do the arm gestures – can’t help it.  Even if I’m driving and have to do it one handed, I still do.  I have a million playlists, but there are a select few that make up the soundtrack of my soul.  It’s funny because I’ve been accused of being tone-deaf and I probably am. When I watch American Idol

, it’s like a game show…for me.  I guess if the contestants sound good before the judges chime in.  I’m about fifty-fifty in this regard and definitely far from audiophile status, but it doesn’t matter because I know what I like and more importantly, what I feel.  When I’m in the shower or jamming in my car, I know I’m a rock star! 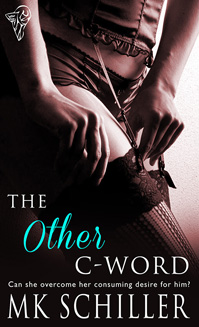 In my debut novel, THE OTHER C-WORD, the main character’s family uses music as a form of communication. They often play a song when they can’t form the right words to express their feelings. For example, when Marley’s sisters press her for intimate details on the man she is dating, she simply turns on Magic Man by Heart.  The sultry lyrics satisfy their curiosity without Marley having to say a word.  I used many song titles to enhance the necessary tone (pun intended!) of the scenes. In fact, I’d say music is a supporting character and a relevant theme throughout, even though none of the characters are musicians.  Did I do a good job interweaving Marley’s soundtrack in the story?  You tell me. The Other C-Word is available from Total-E-Bound and other major retailers.

I’d love to know what songs make up the soundtrack of your soul.  I’ll share my list if you share yours!
MK Schiller is a hopeless romantic in a hopelessly pragmatic world. In the dark of night, she sits by the warm glow of her computer monitor, conjuring up handsome heart-warming heroes and the vivacious heroines they love.

A wife and mother of two loveable, but angst-ridden teenagers, she enjoys movies, gardening, and traveling. Although she loves to write, she is a reader first and enjoys nothing more than curling up with a good book and some tasty Italian (the food, of course!).

Written by MK Schiller, author of The Other C-Word by Total-E-Bound Publishing.