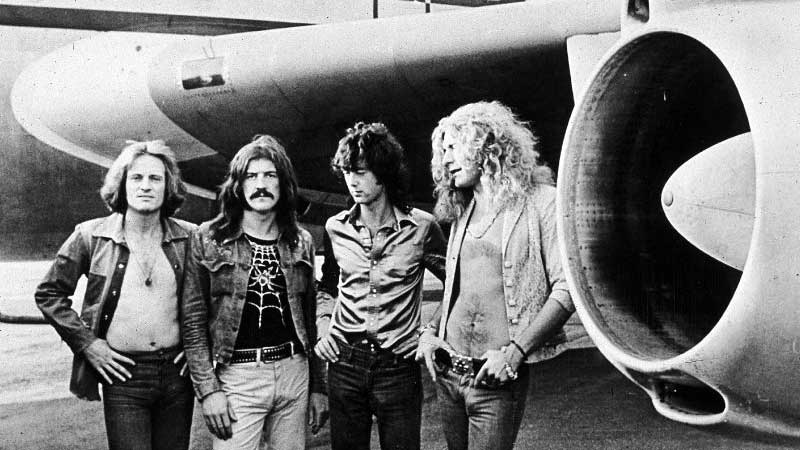 Whole Lotta Love is the opening track of the second album of the British rock band Led Zeppelin. The song is now one of the best-known works of the group and is considered by many to be the epitome of rock music.

Whole Lotta Love was released on October 22, 1969, on the album Led Zeppelin II. About two weeks later, the release was as a single (with the B-side “Living Loving Maid (She’s Just a Woman)”). At the same time appeared two pressings: the five and a half minute album version and a radio-friendly version without sound experiments in the middle section and with cuts in the outro. The song was composed by all four band members (Robert Plant, Jimmy Page, John Paul Jones, and John Bonham).

Since a legal dispute in 1985, the blues musician Willie Dixon is also named as the author. This is because singer Robert Plant at that time adapted some lines from Dixon’s song “You Need Love” (e.g. “Baby way down inside woman you need love I love you.” The ingredients of Whole Lotta Love – the striking riff structure, the straight-line beat, and the experimental handling of sound design – are overall representative of the band’s artistic self-image, confirming the blues as a source of rock ‘n’ roll, but at the same time other, sometimes more complex designs.

Led Zeppelin was founded in 1968. Their debut album of the same name appeared at the beginning of the following year and reached the top ten in both the US and UK charts. The resulting demand for new songs was served in the same year in the form of the second album (see above). Led Zeppelin was one of a number of up-and-coming artists who saw blues as an essential reference point for their work, but at the same time sought harder, louder, and more complex forms of expression.

Prominent representatives of this current were and are also Deep Purple, Black Sabbath, and Uriah Heep. Although the bands in question partly differed significantly in questions of musical style, they all laid the foundation for differentiating the genres of Hard Rock and Heavy Metal in the 1970s and 1980s.

An essential aspect of Led Zeppelin’s story is that her work in times of great fame – meaning the 1970s – was considered quite skeptical. Formerly the reception was characterized by a considerable amount of contempt, especially on the part of the music press. Criticized were the self-congratulatory appearance and the classy as pretentious and pretentious song arrangements. Today, the verdict on the band is much more positive. An example of this is the largely overblown media response to the Reunion appearance in 2007 as part of the Ahmet Ertegun Tribute Concert.

Especially among the rock and pop artists themselves enjoy Led Zeppelin’s high recognition. A prominent example of this is Dave Grohl, former drummer of Nirvana and bandleader of the Foo Fighters. In festive words, during a concert in 2008, he announced the guest appearance of Led Zeppelin members John Paul Jones and Jimmy Page (recorded on the live Foo Fighters DVD: Live at Wembley Stadium). Dave Grohl and John Paul Jones also play together in the supergroup Them Crooked Vultures together with the guitarist Josh Homme.

The album version of the song, which will be discussed below, takes 5:33 minutes; the pace is about 80 bpm. In addition to leading and minor vocals, electric guitar(s), e-bass, drums, and theremin are used. The formal structure can be described as a “classical” stanza-refrain structure with a bridge in the middle section. This form is slightly modified by the integration of another bridge at the end of the song. Noteworthy is the harmonic concept of the song – due to its simplicity.

On the whole, two chords are used: E7 and A major. This harmonic concept can be justified on the one hand with the reef structure. Thus, the e-guitar riff, consisting of a two-note upbeat and a power chord on E, played in dotted rhythm, forms the basis for stanza and chorus. 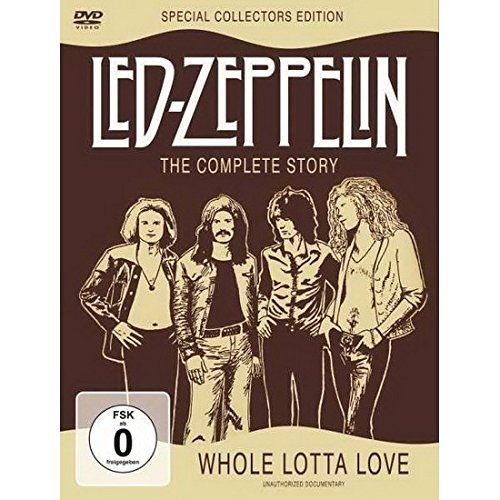 On the other hand, the first part of the total of about two minutes lasting middle bridge consists of experimental sound surfaces, so that even at this point to an extension of the harmonic material is omitted. Out of those soundscapes, the game of Theremin, Robert Bear’s reverberation sounds, and various cymbal strokes and fills on snare and toms stand out (the whole thing is underlaid with continuous hi-hat eighth impulses).

Also, the second part of the bridge does not introduce new chords; it constitutes itself in the interplay between two attacks on the tonal center E and short solos of the guitar in the appropriate Blu-ray scale. The second bridge at the end of the song necessitates a short change to A major before the song ends in the riff pattern of verse and chorus.

The formal and harmonic simplicity has to be considered against the background of the vocal performance of Robert Plant. So it is ultimately his part, which plays a significant role in the song. Characteristic of the main song is the blues take the gesture of spoken narration and summoning (“You need coolin’, baby, I’m not foolin’.” “Way, inside down, honey”), you need it “).

From the perspective of a first-person narrator, an unidentified female person (“girl”) is addressed. The subject of this addressing is the assurance of the first-person narrator to give the person all his love. In this context, the description of one’s own desire (“You’ve been learnin’, baby, I’ve been yearnin'”) has proved to be reaffirming. The narrator assumes that the person also “needs” his love.

Beyond contentwise aspects, it is noticeable that despite the high position (inserted octave with peak tone h ‘) Robert Plant sings continuously in the chest register. His voice always remains clear and intonationally pure (except in the eruptive-primal performances in the bridge). In melodic terms, his vocals have a clear reference to the singing patterns of the blues. Thus, the Bluestone ladder is used in an almost archetypal way (vertical plane), and short motifs are strung together (horizontal plane). Their variation occurs at the microtonal level (for example, by stretching syllables).

Exemplary for the accurate appropriation of blues typical forms of expression is the inflection of the Mollterz towards Durterz (“foolin,“ “schoolin.”). Overall, Robert Plant’s vocal style is a tradition of “white” British and Irish pop and rock singers who began their 1960s career fundamentally aligning their vocal spectrum with African-American vocal cultures (see also Eric Burdon, Van Morrison, and Steve Winwood).