I get increasingly annoyed these days when I’m perusing the programme listings for any given television channel, sifting through the dross for something worth watching, at the amount of completely inaccurate information on offer.

I’m sorry, but describing a grim war story, movie or play with the words ‘a hilarious account of’, or perhaps calling a programme with a serious social message to impart as ‘a light hearted look at’ just doesn’t wash. 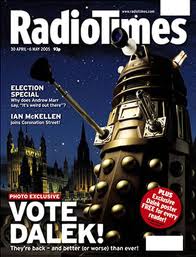 Next comes the totally inexplicable way we are told that the programme in question stars X, Y or Z, who if the listing writers had bothered to do a modicum of research, would find that the actor they claim is the star was in fact nothing more than a bit player with a walk on part at the time when the programme, movie or play was made.

The clue is in the year it was produced!

The fact that X, Y or Z are major actors today, doesn’t mean they were when the film in question first appeared thirty, forty or fifty years ago!

Then there is the other totally stupid mistake these brain dead numbskulls make, when they attribute the film or television play to the then director’s second assistant merely because he or she is now an award winner.

I’m sorry, they weren’t back then!

I don’t know the age of the people employed to write the brief number of words to describe a programme, but I suspect their average age is barely four, or at best six years old, which is probably also their IQ.

For goodness sake people, spend a little time getting your facts straight first. It’s not exactly rocket science after all!

I am Just a Passenger

Going Cross-eyed Cleaning Out My Computer