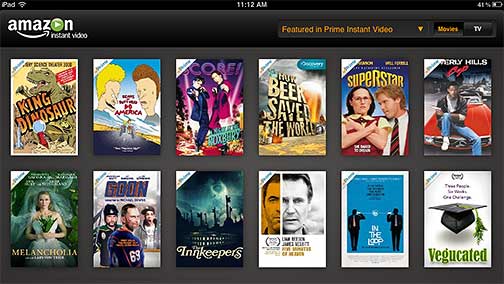 “People simply don’t have the energy, or perhaps concentration span, to look through the film library,” she said. iTunes, Hulu, Netflix, and other VOD platforms buy many of their library titles in bulk. This means that they don’t always even know what’s on their servers and available for sale. Why would iTunes or Hulu spend any time or money in trying to promote these films then? Just like when an author of the book gets his book on Amazon, it’s still up to him to get people to hear and want to buy the book.

No one will do it for you. Therefore, signing up as an independent on one of these platforms, VoD or otherwise, is quite a hopeless exercise. You’ll end up doing all your own marketing anyway, and the platforms will take their commission with glee.

There are two things these Hollywood giants have that we don’t. The first is obviously the available resources they have to promote their art, or entertainment depending on your inclination. When you spend 100 million dollars on making a movie, you’ll make sure there’s a couple millions set aside for marketing. When done right, you’ll pay back your investor from straight away from the box office, theatre release.

By the time the movie is available for online distribution on iTunes or any other VoD platform, everybody’s already heard about it from someone who’d seen it, and from every critic and blogger out there, myself included. Example given: raise your hand if you’ve heard about The Wolf of Wall Street. According to Box Office Mojo this movie has already paid back its investment, and it’s only been out in cinemas for three weeks.

My conversation with Charlotte also revealed that European Union as a whole is trying to tackle the difficulties of online distribution for independent cinema, as well. For the EU, language barriers are the biggest obstacles. While we all thought that online distribution will make it easier for the small players to get ahead in the game, because the opportunities for distribution are greater, the game has not really changed that much.

It is still the big players reaping all the benefits. And so the EU is looking for answers in direct and niche marketing, dedicated to specific audiences, in order to promote specific projects. For me, this is the only way forward, and even the EU understands that producers can’t go it alone. Producers are good at making films, not distributing them.

Jack Eason Aug 29, 2012 0
A Claytons Review: Claytons is the brand name of a non-alcoholic, non-carbonated beverage coloured and packaged to…
Writing