“Lie to Me” Writer Analyzes Its Three Seasons 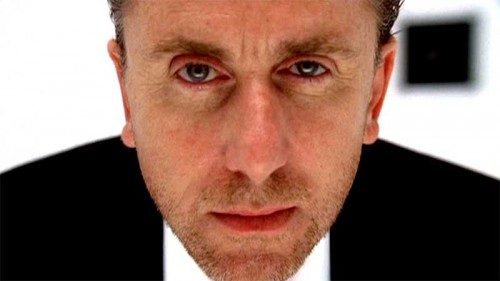 : A Writer’s Take On Each Season

Best writing, storyline, cohesiveness of characters working in trust and harmony with obvious lives of their own. One of the best television series I have ever seen. I liked all the characters, enjoyed their interactions, the good-natured tensions, the understanding. Loved learning the language of talking faces and bodies.

Competition, lying, breaching trust, jealousy, and whoring creeps into The Lightman Group, making it hard to root for anyone. Episode by episode, Lie to Me became a chess game with story-less players doing their moves in game-on made. Lightman as King; Foster trying to be Queen in a push-pull with Emily as Lightman’s daughter and Lightman’s individual episode flirtation; Loker as Horse; and Torres as Bishop.

By now, none of the characters, except Lightman, seem interesting enough to care about as the writers have made them hardly likable. The Lightman Group has become the main character dysfunctional.  At this point, supporting characters, along with character clog, move the supporting team to play straight roles in game-on mode with no non-crime-related individual stories. Character clog created cloudy endings. Each episode’s game ends abruptly, as I wonder what happened. Some story threads never get played through. One example is Emily’s friend’s father in a pricey mental institution. Turns out a family member was poisoning the mental patient with muffins, leaving me wondering what, if anything, the mental institution did wrong, how Lightman got in there so easily.

Why the Series Lost its Way

Certainly, Tim Roth is a stellar actor, did his best, and kept my interest throughout all three seasons.  But all the actors need to say their character’s lines. Do the lines make them cardboard, especially the supporting actors? Could there be something else going on?

Looking at body language and facial expressions (a little knowledge can make me annoying here…I realize that), Foster was ga-ga over Lightman in the First Season, Mommy in the Second Season, and by the Third Season, she didn’t seem to like him much.

Somehow, the Third Series’ writers under Alexander Cary, seemed to think it a good idea that nobody likes Lightman. Truth be told, they created a show that became unsatisfying and unlikeable with the lion’s share of the responsibility on the writing with questionable help from the supporting actors.

The same group of supporting actors that contributed to such a dynamic, exciting, cohesive First Season with Tim Roth under Samuel Baum became those chess players with prescribed moves and no individual stories of their own.

Of all the actors’ performances throughout the Three Seasons, Tim Roth as Cal Lightman remained the most believable and consistent, and, I believe, a victim of the deteriorating stories driving the lines.

Season Two: Shawn Ryan as Head Writer, most episodes (22 out of 46 episodes for the Three Seasons), down to 7.39 Million Viewers with “on the bubble” Season Three.

Season Three: Alexander Cary as Head Writer with no full-season order, down to 5.43 million viewers and no Season Four.

Dusty nameless twilight
in the middle of an aimless week
my body gears toward recovery
in a yawning, sleep-fueled laze.

Rare illness surprises me
since my body bears up well for years
on end without incident—
but the mind stays eager, sharp,
craves an exciting project
and, by God, I seem to come up with one,
watching three seasons of “Lie to Me,”
four hours a night, five nights.

Season Two and something’s off
or maybe certain somethings now wrong
as the stars lie, distrust each other
with their stories written out.

Not much hope for Season Three
though I’m destined to watch it all out—
learn what happened to end this great show—
writer change killed the season!

The River is Everywhere