In my experience, and some people may not agree with me, great short films are like jokes. Seriously.

Give me a short film about a Church minister, a Rabbi and a Buddhist guru finding themselves stranded on a desert island and I say you’ve got something there. This is because great shorts usually cover an event. Therefore, they rely heavily on pre-conceptions and steer clear of character development. The form simply doesn’t allow for it. Now, I don’t know much about writing short stories but I imagine the principles of short stories apply to short films as well. 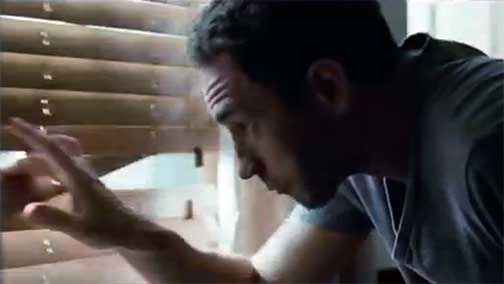 In a previous article, I mentioned that Cannes film festival would only accept shorts, which are shorter than 15 minutes. And when you’ve got only 15 minutes to tell your story, by the time you’re finished telling your audience about the protagonists’ main struggle, his history and what led us to this point in their lives, it’s already time for the ‘big showdown’ or climax of the film. So unlike feature length film, the protagonist will usually not go through the process of realization through which his dramatic struggle will be resolved.

Having said that, the main issue with the short films I’ve seen, and some of those I produced so far is that the writer (usually also the director), struggle with exposing the story’s main elements quickly enough. In a feature film, script editor considers that you mostly have about 25 seconds for exposition. This means that, for shorts, you’re looking at 5 seconds. Yes, that’s a really fast exposition. No wonder it’s a tough task for writers, especially considering most shorts are usually the talent’s first attempt at filmmaking.

A Couple of perfect examples, and the two best shorts I’ve seen so far, come from Australian stuntman and prolific filmmaker Nash Edgerton: Bear (2011, nominated Best Short, Cannes), and Spider (2007, Honorable Mention, Sundance). Edgerton wastes very little time telling us about his heroes. He begins the story by exposing his characters’ one particular trait that would later drive the story to its horrific yet hilarious climax. It takes him exactly 8 seconds. In this case, he uses a rather dull tool – the caption – but it does the trick. It grips the audience though, and it brings dramatic tension from the first frame. Just like in a joke where the audience, fully aware that you’re telling one, is now eagerly awaiting the punch line.

So, keep it short, don’t worry about character development and expose it fast. Really fast. If it looks to you like a 15 page joke, and it works, you’ve probably done a good job at it.