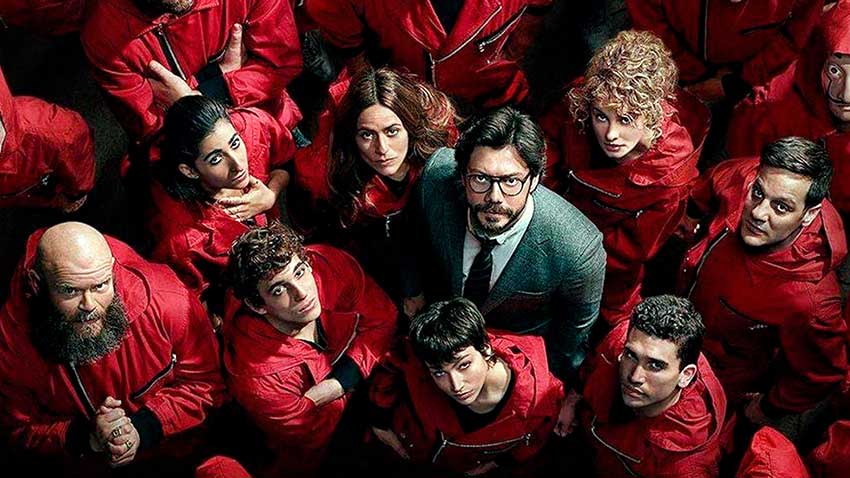 I realise what I will write is subjective, as it is my view on the few Spanish horror movies I have seen.

Even if I watched all the horror movies from Spain, it would make no difference as we all have different tastes. Take 50 Shades of grey; thousands of people loved the series, but it is not to my taste, so I will not watch it. I did watch the beginning of the first Twilight film when I was crossing the Atlantic on my way back from Canada.

At 14,000 feet above the ocean and with a temperature of -40 Centigrade, biting my arm off and walking onto the wing was a good option for me as the film is so boring for me to watch.

After an hour, the most exciting thing was when a boy crushed glass in his hand. I used to do that when I was 10. At this point, I am reminded of the words of one of the most respected masters of horror films, Alfred Hitchcock, when he said, “Never make a film longer than one and a half hours; that is as long as the bladder can last without relief.”

On Netflix, there was a big rash of people going wow, “Veronica is the scariest movie I have seen,” or “it really scared the crap out of me.” All I can say is either they have a low horror limit or have not seen many films. I saw the Blue-ray I bought some weeks ago, last night (Aug 16th, 2020), and found the film not only NOT scary but, in fact, tame.

At one point, we get the hands through the bed, grabbing the girl; oh yes, that was scary back in the days of Friday the 13th part 1, but now, get a move on? The crux of the story would be a young girl who has her first period is tired of being left out from invites to her friends as she needs to watch her siblings because her mother has to work at night since her husband died.

The story the film is based on is far scarier than this tame film. If you wish to watch good Spanish horror, I recommend either Pan’s Labyrinth, The Devil’s Backbone, or Cronos. Ok, I realise they are all by Guillermo del Toro, but my judgment is based on the film content, not who produced/ directed the film.

In a way, it is similar to what happened to the theatre after the First World War. Before WW1, there was a craze for a brand of entertainment known as Grand Guignol, where people used to cut themselves. When you have seen bodies blown apart and men die from gas poisoning, that all look pale by comparison.

I must admit that my taste in horror still stands with the old B&W films where the plot has to move the story. You cannot get away with cheap gimmicks and bad plot lines saved by “schlock horror” tactics. A case in point is if you see a horror movie with a blonde with large breasts, the money is on that, at some point, her shirt is going to get wet to save a lousy plot.

I would recommend watching the German classic “Nosferatu” with Max Scheck to lovers of vampire films. One thing horror movies forget since the dawn of Hammer Horror in the ’70s is that the vampire is a being to be reviled, not be seen as a sex object. In my opinion, one of the best horror movies is still “M” with Peter Lorre; the sense of terror as he was hunted is palpable.

I earned a rep for writing horror stories for several years, and I am sure if I had released a story such as Veronica, my readers would rightly have complained.

For a long time, like many British people, I suppose, I had a thing about not wanting to watch films with subtitles; it is an art as you have to read and listen at the same time. I have picked up some foreign phrases by watching European TV series. We all know Merde is shit in French, but do you know the difference between “Ciao” and “Arrivederci?”

Through the streaming channel Walter Presents, I enjoyed series from Scandinavia, and across Europe, and even Israel. I watch far more Spanish TV series than I do TV from the UK. To be honest, I would Defund the BBC as the quality of TV in the UK is worse than abysmal. As shown by the return of I am a celebrity for a 20th season. Well, I suppose they need to keep Ant from another DUI, as he got one 18 months ago.

Like all viewers, I have my favorites who include Carmen Maura, Emma Suarez, Carmen Machi, Pablo Derquii, and Jose Coronado, to mention a few. Among my list of people to watch, you will not find Penelope Cruz.

I like to watch foreign TV not only because I think the quality of not only the acting is better than here, but the writing, I feel, has more to say than most of the drivel we are forced to endure in the UK. I also watch foreign TV because as I am disabled, these shows are the only holiday I will get.

The only countries I have not seen shows from in Europe are Portugal and Switzerland. Viewing my DVD selection, two things show up; I have more Swedish TV series than I have films, and I have many more films from Spain than I do series. I am attempting to correct the imbalances.

A lot of Spanish films of quality are about the years of the Civil war. For artists, with the exception of Salvador Dali, Spain under Franco was the opposite to the Golden Age, those who were fortunate to leave never returned; they would be in their late 60’s by the time he eased the situation and would return to a country they never knew if any of their friends were still alive.

For those like Federico Garcia Lopes, who either didn’t have the money to flee or got caught, their life was short-lived. To this day, nobody has found Lopes’ body. One man spent the whole period of Franco’s rule hidden under his house, only coming out at night as he was afraid he’d be turned in, even when his wife told him that nobody was going to do it as they knew his hiding place.

In the end, his paranoia led his wife to commit the second-highest sin for a Catholic and get a divorce as the strain on the family was too great. This story has twice been made into a film. In 1971, it was called El Hombre Oculto (The man in Hiding), and last year it was released as La Trinchera Infinita (The Endless Trench – 2019).

Damon Za Oct 16, 2015 0
eBook Cover When it comes to eBook covers, you just cannot get away with them. And honestly, why would you want…
Publishing