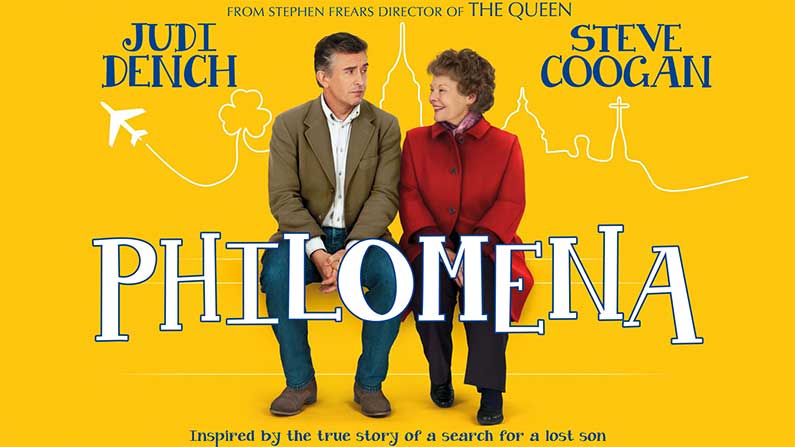 Based on the 2009 investigative book by BBC correspondent Martin Sixsmith, The Lost Child of Philomena Lee, PHILOMENA focuses on the efforts of Philomena Lee, mother to a boy conceived out of wedlock like so many others- something her Irish-Catholic community didn’t have the highest opinion of – it was actually a crime – and the children given away for adoption to parents in the United States.

An estimated 6000 children were thus taken from their mothers. Following church doctrine, she was forced to sign a contract that wouldn’t allow any inquiry into the son’s whereabouts. This practice went on until the1960s. After starting a family years later in England and, for the most part, moving on with her life, Lee meets Sixsmith, a BBC reporter with whom she decides to discover her long-lost son.

Reading the book before a movie comes out is always an interesting undertaking. So I was curious to see how the film combined the two separate and stand-alone parts of the book: The first part consists of Philomena Lee’s involuntary stay in Sean Ross Abbey in Roscrea Abbey of the Sacred Heart, Co.

Tipperary is one of the many Catholic institutions that locked away sinful girls for years who got pregnant in the 1950s and 1960s. The gruesome practices and heartless behavior of the nuns and the slave-like conditions in these workhouses were well reported in another film before THE MAGDALENE SISTERS.

In the second part, the book concentrates on what became of Philomena’s son Anthony, who was sold for adoption to an American Catholic couple. The book is a tough one to read, emotionally disturbing and heart-wrenching at times.

I liked the result. Two storylines were cleverly woven into a tear-jerking and make-you-laugh movie. The Irish humor is refreshing and softens the blow of Sixsmith’s cynical, judgmental and anti-religion views. The critical views of the investigating journalist Martin Sixsmith reflect the opinion of many who rightly criticize the Catholic Church for its wrongdoings which are being proven right repeatedly. 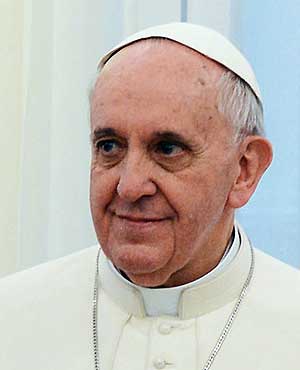 I have another angle to add to this review. I know a woman who was thrown into the very same convent in Roscrea under similar circumstances. She was my trusted housekeeper, Pauline, in Ireland for over a decade. Knowing her side of the story, I can compare it with my impression of the film.

While Pauline liked the performance of Judy Dench, she said a few things weren’t accurate: the movie wasn’t filmed in Roscrea; especially the dormitories and laundry looked different. This is confirmed in the Irish and English news media.

She was very disappointed about a fact left out at the end, where Philomena finds closure and forgives the nuns. In reality, she turned around and sued the Sacred Heart Adoption Society and the Irish Foreign Ministry, which were responsible for adopting children to America. And she received a handsome amount of compensation.

The convent has been dissolved since and most of its contents, including the church altar, were sold. A few weeks ago, Philomena met Pope Francis. Whether an apology was offered is not known, but the fact that the film was shown In the Vatican has some significance, a spokesperson said.

Two years ago, I started writing down Pauline’s incredible story before I knew about the book. Unfortunately, the existence of Martin Sixsmith’s book and transatlantic communication problems with Pauline stopped me from hearing more of her experiences to finish it.

The film now beat me to it. However, there may still be a short story in it for us.