The director of this movie, Kathryn Bigelow, demonstrates how skilled she is in putting a story on the screen. She masters the art and technique of creating an intense world that will probably reel in some box-office profits. However, she lost track of the big picture surrounding bin Laden.

Bigelow is not much of an artist in search of the truth about Osama bin Laden’s role in the 9/11 attack and much less the neoconservatives’ PNAC plan to colonize Eurasia, starting with some “catastrophic and catalyzing event––like a new Pearl Harbor.” 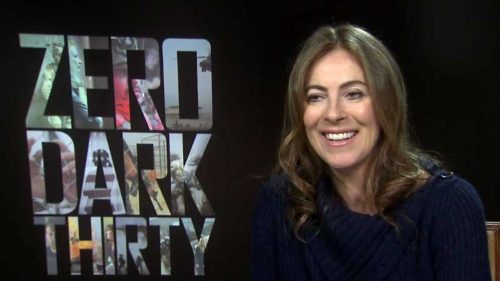 In her previous movie, The Hurt Locker, Bigelow mastered the search for some glimpse of truth, and she triumphed in movie-making technique. In The Hurt Locker, we learned how a blue-collar, factory worker, Sergeant First Class William James, found some higher meaning in his life. Defusing bombs gave Sergeant William James a sense of purpose, mostly derived from a narcotic type adrenaline high that consumed him and his family life. We see in this great movie just how “War Is the Force that Gives Us Meaning.” This phrase is the title for a book by Chris Hedges who begins by saying, “The rush of battle is a potent and often lethal addiction, for war is a drug.”

In Zero Dark Thirty Bigelow demotes herself to a mere technician in search of captivating an audience without considering big questions, particularly about evil torture. She succeeds in this approach. Although self-respecting movie-goers should demand more than the mere reenacting a stealth operation.

Whether intentionally or not, Bigelow gets caught up in the details of how the Special Operations soldiers carry out their business—in this case, an assassination—just as she is blinded by her movie-making techniques.

In Bigelow’s new movie, she looks only at the trees and loses view of the forest. As a result, she plays up to torture that the neo-conservatives want us all to believe as a useful, even noble tool.

It’s the muck that Dick Cheney proudly flaunts on mainstream media. He confesses to torture policies. Surprisingly he does so with impunity. Likewise, Jose Rodriguez, former director of NCS, was responsible for destroying the videotapes of the CIA’s interrogations. Both men are yet to face investigation for their actions.

Bigelow ignores so much more about the flawed and destructive invasion in Iraq. It’s a pity to see such talent miss the bigger view or moral controversy or even just a bit of truth. For starts, many, if not a majority, of CIA and military personnel condemn torture.

Bigelow and her scriptwriter, Boal, had a golden opportunity at least to present any one of several mysteries about Osama bin Laden and, more important, about the highly dubious official story about the 9/11 attack. Most people believe the 9/11 attack was an inside job, considering the evidence.

We know that Osama bin Laden had a relationship with the CIA since the 1980’s. Questions arise from reports that the Hospital in Dubai provided bin Laden for kidney dialysis treatment during 9/11. A week or so before 9/11, CIA agents spent several days meeting with Osama bin Laden. The French daily newspaper Le Figaro confirmed this fact and reported it in October 2001. A CBS Anchorman, among others, confirms this. Most other “facts” about bin Laden and just about everything pertaining to 9/11 has not been clarified officially.

There are many unresolved questions about America’s destruction and occupation of Iraq and other parts of Eurasia. And then there’s that entire controlled demolition of the World Trade Center Towers with the use of thermate (a highly incendiary explosive, patented by the U.S. military).

This story of Osama bin Laden’s assassination pales in comparison to even considering the thought that 9/11 was in inside job, a plan conjured up in the PNAC manifesto. By focusing on the mere choreographic of a Spec Ops’ mission, the audience might feel thirsty for some higher purpose as to why our taxes pay for the killing.

Director Bigelow and Script Writer Boal could have developed one or two main characters to focus a controversy like they did successfully in The Hurt Locker .

Instead, they seem inadvertent to portray the good guys, the CIA agents and others, as thugs who apply torture like underground mafia criminals. In the movie, Ammar seemingly provides the location of Osama bin Laden, but torture looms over his head like a bucket of water. The scene advocates torture as a useful tool. This approach undermines the story line. The audience cannot sympathize with “the good guys,” assuming that the audience does not identify with brutal torturers. Boal’s script drips of such story flaws. The plot is as torturous as America’s diplomatic policies.

In a time of our history when regular Americans rightfully have little trust for their government officials and much less for large corporations, many people even doubt that this Seal Team actually did kill Osama bin Laden. And even if they did kill him, did he really have any input into to total demolition of the Twin Towers and Building 7?

Note the word—demolition. Note also how “the experts” never found any plane that allegedly exploded part of the Pentagon. Nor do we dare ask why Building 7 was demolished neatly in a free-fall and into its own footprint. No plane, no parts of the Twin Towers crashed into Building 7. So did Osama bin Laden do that?

Instead of questioning at least one major issue bundled up in Osama bin Laden’s story, Bigelow and Boal merely reenact an assassination that you and I paid for in taxes while we still wait for the truth in a real 9/11 investigation.

Most Americans smell the filth of the corporatist power and dominance over our government, torture being only one of many symptoms of a corrupted justice system and government. Many Americans have learned to doubt our national moral compass as it spins helter-skelter. The corporatist form of empire has already bamboozled us long enough.

Most Americans did not just fall off the turnip truck. They are smart. They know that torture is as wrong as the false justifications for obliterating and occupying Iraq.

Maybe Bigelow and Boal were swept up in the excitement of working with a couple of hot-shot Spec Ops dudes. Maybe they have joined up with the extreme right-wing neocons who advocate many strange things like torture or lying to justify the bombing of a country without any legitimate reason other than a self-inflicted Pearl-Harbor type catastrophe.