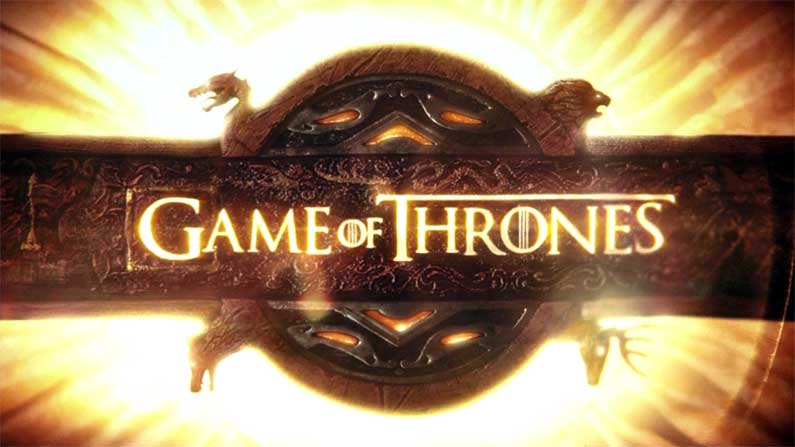 The fantasy series Game of Thrones has started its fourth season and scored as never before. Can writer George R. R. Martin keep up with the pace of the series?

It is hard to imagine that a television series that thrives on incest, murder, torture, and dragons could become an absolute blockbuster, but in the year 2014, it is a fact.

A new season of Game of Thrones has begun. The series, based on the fantasy series A Song of Ice and Fire by George R.R. Martin is an overwhelming success.

To explain what a series of eighty hours of television should cover, or what the unfinished 4,000 pages are about, is impossible. Very briefly: the empire Westeros was ruled for centuries by the House of Targaryen. That family was kicked and beaten off the throne shortly before the start of book one. Now that the victor also died, several families are fighting for the throne while the offspring of the Targaryens are attempting to win her Kingdom back.

A few years back there was an interesting piece in The New Yorker about author George R.R. Martin. During another delay in the writing of The Ice and Fire saga, his fans could see on his blog how George was busy with anything and everything, except writing; much to the disappointment, anger, and despair of the fans, who were feverishly awaiting a sequel. Their grumbling eventually became so loud that other writers felt the need to come to Martin’s aid: “George R. R. Martin is not your bitch! He doesn’t owe his overheated fans anything, regardless of all the success they may have brought him. The next book comes when it comes if it comes.”

George seems to spend a lot of time with American football, at conventions, and promoting the new season of Game of Thrones. The latter is a problem. The television series has become too successful. The public keeps the writer from writing.

The Fantasy genre has been long neglected in contemporary literature if it is even considered literature. Fantasy has been the ghetto for those who bruise easily. A nation of chronic virgins, Celtic languages ​​students, and those never chosen at gym class. Now even though that image is partly correct, it is, above all, a cliché.

Even Science Fiction has more sex appeal. That comprises a few issues. For starters, the genre hardly endures humor. Fantasy functions largely on an atmosphere that is vulnerable. A certain seriousness is needed to support all the unreal elements. That’s why there are so many books filled with gloomy, grim warriors and wizards; they bend under a load of constantly protecting the world of gnomes and elves standing in danger of being crushed by irony.

Secondly, it often lacks sex. Tolkien had two women in the cast of thousands. Where all the dwarf heroes, hordes of Orcs and Trolls come from, remains a mystery throughout his books. And if there is sex, it is mostly fast and superficial. Lush breasts, tempered arms, stylishly dripping sweat; that always works. As with the attempts at humor, it makes you instantly realize you’re reading Fantasy. You would feel embarrassed if it would be otherwise. I’ve never experienced a public reading of a Fantasy novel.

The lack of irony and sex adds another problem: morality. Although there are plenty of writers with different shades of gray that know how to work with good and evil, the stereotype of a rather black-and-white morality remains intact. That is not necessarily disastrous, but it stands in the way of literary recognition.

The books of George R. R. Martin have dealt with many of these objections by introducing a unique style. Readers and viewers of his series have found that George likes to play with the rules of the genre and the expectations of his audience.

And each time your expectations become manipulated, you somehow hope George will make it all right again. But for Fantasy, Game of Thrones is soberingly realistic. There are no spells that undo all the evil, no magic potions to soothe the suffering. Naivety, lack of opportunism, honor; it looks good on paper, but in Westeros, it is a noose around your neck.

The realism, violence, and before I forget, the cartloads of naked bodies made the series ​​a huge success.

People who normally wouldn’t venture into this genre have become persuaded by the HBO brand to keep on watching, episode after episode. The translation from book to picture is remarkably successful, the actors are well cast, and it looks like the essence of the series is found in the actor Peter Dinklage, who plays the role of Tyrion Lannister, a scion of one of the principal families of the Empire.

However, he is also a dwarf whose mother died in childbirth, and this has not won him the love of his proud father. While his beautiful brother and sister prepare for life at the pinnacle of the food chain, Tyrion lives a marginal life at a high level. Despite his intellect, sense of humor, and political insight, he has withdrawn from social life to devote himself to booze and whores.

In the chaos of Westeros, Tyrion retains his perspective. He is ironic, but not cynical. A libertine with a heart. He safeguards the world of Ice and Fire to be a real place, where tragedy can be funny, and cruelty may be contradicted. The dwarf speaks for the viewers, and Dinklage plays Tyrion with gusto. Thanks to him Fantasy has not only become popular, but even sexy for the first time.

But the fact remains that George R. R. Martin should get a move on. The scripts for the last two books have both a 1500 pages count, and I cannot fathom how he will manage to make all storylines in those two books come together.

The TV series threatens to overtake the books. Soon, there are no more books to edit.

Adding a break is not an option with all these child actors that keep growing: dragons and swords are dangerous, but adolescence is lethal for an actor who plays a child. Game of Thrones is a tremendous source of revenue from which HBO will not want to take a break.

There are emergency plans in the works. Being familiar with George’s ultimate vision for the books, the creators of the series could decide to continue their shoots ahead of the books, creating a situation without precedent in the history of a TV broadcast.

Biola Olatunde Mar 20, 2022 1
Writer's Block or Lethargy? I have had an intense week. Okay, who hasn’t? I heard that, but we agreed to have a…
Writing