Cinderella Chronicles to the Big Screen

Cinderella Chronicles to the Big Screen

Cinderella Chronicles, 1st movie in Saga named – Snow Moon, written and created by Alexandria Altman, is on its way to the big screen; Altman has partnered with Alan Howarth – in an Altman-Howarth film production.  They are currently in negotiation with major studios. 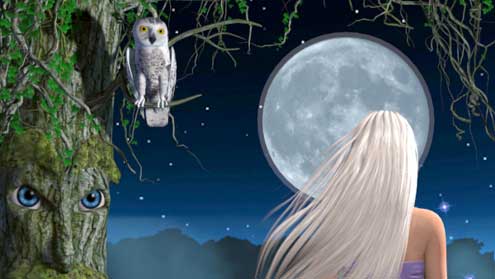 My sincere, congratulations go out to the entire team, and surprising co-producers who have signed on, also they have just signed their CSA casting agent who has worked with the famous Terminators and alongside Steven Spielberg.  The majority of the cast is A-List talent.

A very famed producer asked Altman what made her fairy tale so different from your average Cinderella story.  Altman replied, “What makes it so different is that my life is a fairy tale.  So I simply wrote it down,  it is based on a true story.”

The same producer replied, “I have never seen this done before, it is brilliant.”

The International Press has been on the lookout for this one-of-a-kind saga – the first being Snow Moon.

They will be receiving the information today,  June 17th, as the team with Howarth and Altman has moved out of development and is now in pre-production to bring you only the best in family entertainment.

Alexandria and I have been working together on several projects for the last couple of years, one being Beyond Question. A book Altman wrote in 1991 but was never released.  One of the heads of the studios had knowledge of this book, and they wanted it when she was finished with it.  Altman shoved the book on the shelf all of these years, and now that book has become Alexandria Altman and Nancy Duci Denofio, Beyond Question Talk Show.

The first time I interviewed Alexandria with her first novel in the saga Cinderella Chronicles I had the sneaky feeling then it was about her life.  I actually had gotten to know her quite well by that time, but it was certainly a book I knew would fly, right to the top of some producer’s desk; so it began.

I was thrilled to learn when Alexandria partnered with Alan Howarth and his team who have had two academy awards, and on Monday, you will learn more.  As Alexandria Altman and I grew, our world expanded – getting to know one another, I am thrilled to tell you I will be playing one of the roles in the film, but nothing tops the famous characters of their lineup.  I guess in the future you will be calling me Aunt Faden.

I always believed in fairy tales, but I never believed I would be a cast member in a major fairy tale motion picture.  I thought it was a really big deal when they choose me for a permanent role on The Patty Duke Show, due to a family issue I had to decline, although I was accepted in the summer stock for The Sound of Music.

As far as Alexandria Altman goes, it is phenomenal, famous songwriters have written songs about her, painted portraits, and poets have written poems about her; this is what makes her one of the interesting people in the entertainment world.  Her favorite two words are sparkle and shine and this is how people view Alexandria, sparkly and shiny; no wonder why her dream has come true.  She is a Princess in her own right with Cinderella Chronicles. 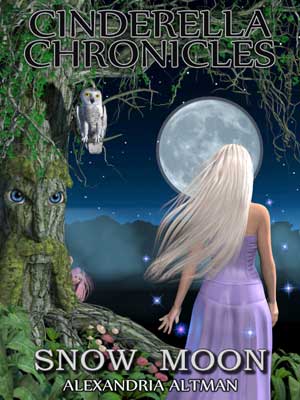 Industry Insiders say, Cinderella Chronicles’ Saga is where Twilight left off.  SWG Studio1 mentioned a Hollywood source that said, “The next big Hollywood ticket.” It is a saga that has been compared to Twilight, Spiderwick Chronicles, Ever After, and Spielberg’s the very famous E.T.

The Altman Howarth team has on their movie slate, 3 blockbuster films coming, including the next Star Trek number seven, alongside the Cinderella Chronicles Saga; they are booked until 2017.

Snow Moon the movie, the 1st in the saga collaboration of Alexandria Altman, Alan Howarth, and his Team has now moved forward, full steam ahead, and I am sure the International Press will be awaiting this news.  This press has already traveled to Hush Hush Biz and Maxim magazine.

I can tell you, as I mentioned earlier, I knew immediately where the story was heading but now that it has the team, it is reaching the stars – which will be released today – including Hollywood’s best.

Alexandria and I have been V.I.P. with Angie’s Diary and I wanted to share the news first.  We believe she has given us a great deal of time, and used a great deal of our work.  She is always willing to help others, something very important in life.  I know you, who follow Angie, will be as excited as we are with this new announcement.

I never believed, but dreamed, one day something like this would happen, again.  Alexandria and I have found our lives blending together, as we became friends and working partners.  We know the difference between work and play – and she has my highest respect, and I never expected to become part of her dream.  She has worked hard, and has had this story on the drawing board for years.

Watching this come together and trying to keep quiet was probably the hardest thing for me to do – since I was so proud of Alexandria, and respect her fellow producer who ranks high on the chart – along with the best – it’s as if the moon burst into many moons as the saga continues.  It is a story you and your family will never forget.

May I say here and now – the day I learned I would have a significant part in Snow Moon, was a day I will never forget.  But the nicest part of it – it came for a reason, it was meant to be.  We know it, and soon you will too.

My friend published author of many books, and now producer, and now actress – will be a lasting memory in all the days to come.

Thank you so much, Alexandria and to you Alan Howarth, and team.  Thank you fans that follow this fairy tale and saga; as the Princess would say (Alexandria) read before midnight and don’t lose your shoe.

Give Me Your Eyes