Directed and produced by Tim Burton, ‘Big Eyes’ is based on the true story of Walter Keane (played by Christoph Waltz), one of the most successful painters of the 1950s and early 1960s. 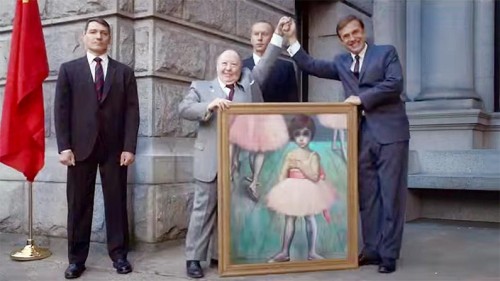 The artist earned staggering notoriety by revolutionizing the commercialization and accessibility of popular art with his enigmatic paintings of waifs with big eyes.

However, no one realizes that his wife, Margaret (played by Amy Adams), is the real painter behind the brush.”

When Margaret learns that Walter passes her work off as his own, she is irritated and angry but doesn’t stop him.

Instead, she remains the submissive wife and plays along for years

To understand her reasons, one must remember that in those days it was still uncommon for a woman to leave her husband and to be the real artist in the family.

When she loses her best friend and is about to lose the respect of her daughter, she plucks up the courage and reveals the secret by taking Walter to court. While he maintained until his death that he was the producer of all “his” artwork, he never painted another picture.

Big Eyes is an amazing and true story about both the nature of art and how easy it is to slip into an unhealthy relationship.

We found the choice of the male main character (Christoph Waltz) with his German accent slightly weird as there was no obvious chemistry between the couple from the start. As the Golden Globes confirmed, Amy Adams’ performance was outstanding.