The definition of a cult film is as slippery as any eel. Around its boundaries are pure camp movies, hopelessly dated films, movies so bad they’re good, and the like.

Authorities seem never to agree on one unambiguous definition for a cult classic. There will, apparently, always be fuzzy edges and movies argued for and against being categorized as genuine cult films. Yet there are films always mentioned first when the discussion turns to the genre. Harold and Maude (1971) is perhaps the quintessential example. It is quirky to the extreme, funny as they come, and will always appeal to certain audiences and repel others. 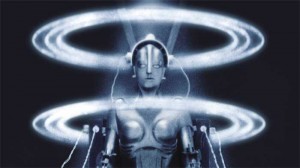 Indeed, the true cult classic speaks to a specific group of die-hard fans and leaves all others bewildered by the appeal, if not downright offended. Although much could be said here about the glories of accepted cult classics like Reefer Madness, Plan 9 from Outer Space, Night of the Living Dead, and others almost all of us are now familiar with, my aim is to point out lesser known entries which should indeed be more widely known by connoisseurs of the genre.

These films may indeed have a small but devoted base of fans (as a true cult classic should), but the circle of admirers should be much larger.

In 1966, many discovered King of Hearts, a French comedy-drama so singularly delightful and poignant that it attained almost instant cult classic status despite its poor showing at the box office (nearly always, by the way, a mark of the only later-appreciated cult classic). But much overlooked has been that year’s Morgan!, also known as Morgan: A Suitable Case for Treatment. See it and you will never look at either gorillas or communist symbols in quite the same way.

Also, interestingly, it shares much of the same commentary on sanity versus insanity and on the ambiguities of what can rightly be classified as genuine true love that we find in the ever-fresh King of Hearts. Almost completely unknown seems to be Liquid Sky (1982), and that is indeed a criminal oversight. This hard-to-find rental features themes involving lesbianism and sexual ambiguity, hard drugs, and space aliens.

Now, you tell me: does that in itself say nearly enough? If it doesn’t, see it and you will soon be lobbying all your friends to follow suit. In 1984 Repo Man came and went fast, but has since been elevated in most savvy circles to its valid place as genuine cult classic. But the next year Lust in the Dust was not as fortunate. It certainly made only the tiniest of splashes, standard for later cult appreciation, but where has that recognition been? This hilarious Western parody features faces we all know, actors who before played in only serious films, and we will forever applaud them for taking part in this riotous farce if we only give it the hour and a half of viewing it so richly deserves. The director, Paul Bartel, by the way, was already on the radar at that time because of his delicious black comedy of three years prior, Eating Raoul.

In fact, all 11 of his variable low-budget films are worth a look. American independent filmmaker Jim Jarmusch is another intriguing one who has gained some fame but also tends to be underappreciated. His Stranger than Paradise (1984) can even be considered to have started the burst of American independent film making that has followed. This film, as well as his Down by Law two years later, must be savored by true lovers of cult. Dutch director Paul Verhoeven has likewise given us several delectable items—if we will only approach the table. His Turkish Delight (1973) and Spetters (1980) will provide a good introduction to his individualistic work, and remind us that before he went mainstream with popular and profitable films like Robocop and Total Recall, his was a unique and quirky vision—to which he surprisingly returned in the deserved cult favorite Showgirls in 1995. (By the way, a review of early Verhoeven films, including The Fourth Man, will make many recast their opinions on the ultimate female film sex symbol as they discover Renee Soutendijk.)

I’m tempted to run through many offerings by John Waters and Andy Warhol, but let those names simply be food for cultish thought, as nearly every film by the former, and arguably every single one by the latter falls into the genre. Better should I close with a 1945 comedy that has been gathering dust for decades now, but will reward viewing with more, and more hearty, laughs than even the Marx Brothers or Mel Brooks can deliver in a typical film. It is Murder, He Says, and it could not be more cleverly conceived and written, more well-cast, more eccentric–or more memorable.

And always remember: “To them that doesn’t know the tune, sounds like the ravings of a loon.”

Ivan Stoikov - Allan Bard Jan 22, 2011 1
E-books or Paperback and Hardcover Books?: I heard a couple of years ago that usually, only 10 % of the purchased…
Writing