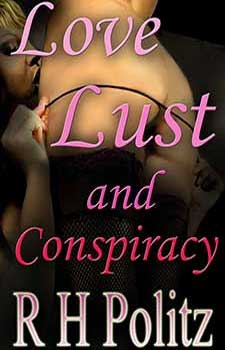 Life can be terribly lonely for a young boy without friends. For most children, that’s where family becomes a safe haven from the world, a place to be with others, a place to be one’s true self. Kim did not have that luxury. He was completely alone and constantly haunted by thoughts of being pretty, of dancing, singing and playing on stage –– as a girl –– he lived with overwhelming guilt, fear and self-hatred.
By the sixth grade, Kim had learned to shoot pistols and rifles but he preferred music and dance. By the eighth grade, he had learned wrestling and self-defense but his feminine demeanor and girlish physique kept him off every school team.

Sometimes, life has a way of bringing people together even if they’re not the typical “boy and girl” and this is one of those rare occasions when the dream of love blossomed into reality.

Kim is a young boy who secretly wants to be a girl and Kari is a woman unable to bear children and who believes no man could ever possibly love her but, against all odds, their dreams of love blossom into reality.

Chapter One – Music and Sex
As they wheeled me into the operating room, I remembered playing simple one-finger songs on the piano at the age of four and feeling those happy melodic sounds resonate throughout my being. Life seemed normal then but sometime in fourth grade, it changed. All the boys and many of the girls made fun of my blonde hair, the way I spoke and of my slight physique. It became worse the next few years and in junior high, I began to hate who I was, but more than that, I hated all boys. They were cruel unruly creatures whose only goal was the degradation of anyone who didn’t fit their jock-ass profile, and I was their favorite target. As a person, I was defective, an outcast to be ridiculed, but I didn’t know why.

Music became my escape. Eighty-eight keys, each with its own unique sound and not one cared how I looked, acted or spoke. Each note sounded without judgment and, when I played, I was flying through harmonic chords and dancing on beautiful notes of guiltless creativity. Those countless hours of leaving the real world immersing myself in melodies of pain, love and hate eventually gave me the ability to support myself and leave my past behind but…, I was still haunted.
High school graduation was like a release from hell and, with my performing arts scholarship in hand, I rode a bus to the university wondering how I’d ever make the money for room and board not knowing the answer was only one audition away. After completing the required paperwork, we were given a tour of the campus and a few hours of free time before the bus left for home. That’s when I wandered into an auditorium where four students were rehearsing and listened for a while as they tried to get an intro right. When they stopped to adjust one of the amplifiers, I said, “Getting that sound with guitars is impossible. You guys need a keyboard.”

Tom, the leader, blustered back, “Yeah, right…, we know that. Who are you kid?”

“I’ve played that song before.”

“Hey guys,” he said with a sarcastic laugh, “we have a musician!” The others rolled their eyes, but one of them, Gina, asked, “What do you play?”

I jumped up on the stage and examined the equipment. “This won’t do it but I can get close.” I reset the controls and ran my hands over the keys to get the feel. “What key do you want? It sounded like B-Flat.” 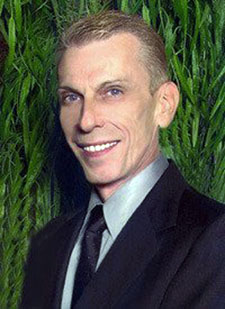 R. H. Politz has been many things to many people, but today life is laid back and less stressful. Writing and business management consulting fill his hours with more smiles and far less fatigue than constantly worrying about the finances of a corporation with six-hundred employees.

Politz’ first story, written at age sixteen about time travel and the terrible direction the human race was taking, was a huge hit with the entire high school junior class, but the teacher found cause to downgrade an otherwise “A” to a “B” because of a positive religious reference. (It turned out that she was an atheist) Of course, the popularity of the tale made no difference in the teacher’s mind but it did spur the desire to continue writing. Military intelligence, War, Murder, Mystery and Science “what if’s” are just some of the subjects that plagued Politz’ curious thoughts and then came the proverbial question of, “Why am I here?”