Readers over here at Angie’s did not always get top priority when I have ‘gone and blogged’ on any given day.

Today, I am putting Angie’s first and will paste this post to the other blog locations where I tend to show up. 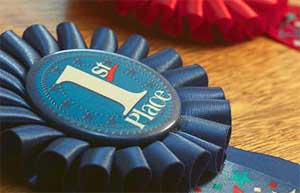 Readership of blog:  this gets us into what the goal of doing this is.  In truth, this is being in part just to reach fans of my creative writing: whether An Adventure in Indianapolis, or a Jimmy Bodeilo juvenile story but at the same time, I was partly motivated to blog for the simple reason that other people told me I should.  For a while I blogged and doubted that it mattered to anyone at all.

Then I learned that my father had read my blog.  I noticed a little bit strange of a reaction.  It was not terribly long later that I went out and a woman I have also spent time with in person told me that she had read it.  I felt flattered and shocked at the same time because ….Neil Gaiman sometimes tells people to be alert that some of what he puts out ‘has a lot of him in it’.

I think I feel sort of like that about myself and the blog.  Since I often write it while by myself meeting with readers in person is almost like finding one of your friends or a little niece or nephew behind the sofa or something like that.  “Oh, there you are.  Whoa.  Luckily its you, it’s alright.”

I think it is fair to write that 20 years ago only close personal friends would know some of what I now freely share.  So, now and then it is actually just that I feel surprised that I was open with all of you.

Of Course it is Brick, This is Germany