It is surprising that, as ancient a game as chess is, the first truly international tournament was not held until 1851. The most distinguished Masters from all over Europe gathered in London for a knock-out match tournament in which only one player was left at the close, and he was then the first unofficial world chess champion.

The male pronoun used above not only aptly describes all the competitors in the great tournament that was held among the festivities to honor the construction of the Crystal Palace and the Great Exhibition that was organized and presided over by no less and Prince Albert and Queen Victoria herself, but describes the entire chess world of the time: not merely male-dominated, but male-exclusive. 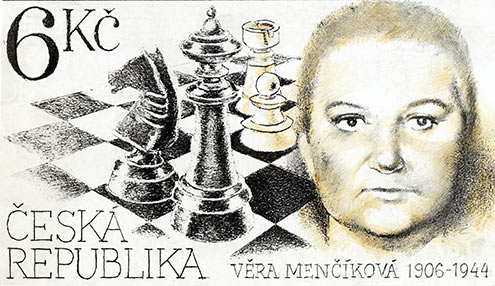 Most chess clubs at the time did not even admit women, and certainly, no women played in major tournaments held in those years throughout Europe, the hub of the international chess world.

Decades passed and the pattern was the same. It was a man’s world, the globe of chess, and one can only speculate regarding possible strong women players, almost none of whom were invited to European or American chess tournaments or individual matches through the teens of the twentieth century.

Not until 1927 did the newly formed International Chess Federation organize and sanction a tournament for the Woman’s World Championship. (It seems not at all coincidental that this new acceptance of women in the official chess world came at a time of vastly increasing rights and much higher social visibility of Western women in general.)

The first women’s world championship tournament demonstrated several important things to the chess world. The first was that some female players had indisputably advanced to the Master level. Another was that the old way of doing chess business was best out: female players deserved participation rights in both chess clubs and rated tournaments. However, the next was a true revelation: the tournament winner and first women’s world chess champion, the Czech-British Vera Menchik

Throughout the 1930s it was a different and more truly egalitarian chess landscape. Women players had now gained most of their rights. Although sometimes grudgingly, barriers were broken, and lady players participated in tournaments and matches theretofore reserved for men only. Menchik easily won every woman’s world championship tournament held, and she was even invited to and played in a number of world-class men’s tournament events, performing respectably if not spectacularly.

Ms. Menchik still held the title of Woman’s World Champion when she and some members of her family were tragically killed in a bombing raid on South London in 1944. By that time many women’s tournaments were being organized in both Europe and the United States. The International Chess Federation was sanctioning high-level women’s tournaments and matches in all their participating member nations, and women’s chess had truly arrived almost worldwide.

The “Soviet School of Chess” was in those days producing strong female players in addition to the world’s most impressive group of male Grandmasters. From 1950 to 1991 Soviet women monopolized the Women’s World Championship, with players from Russia, Ukraine, and Georgia holding all the titles during that period. Strongest among those title-holders were Nona Gaprindashvili and Maya Chiburdanidze, whose play was probably as strong as that of Ms. Menchik, who had played in an era before formal chess ratings and ranking lists were instituted by the World Chess Federation or even national chess associations.

But it was not until the early 1990s that a stunning and lasting sensation occurred in the world of women’s chess. Judith Polgar, a Hungarian prodigy trained in chess along with her two older sisters by a father intent on proving a point, earned a men’s Grandmaster title before she was 16 years old. She was the youngest person ever to do so at that time, erasing the former record of American Bobby Fischer. She eschewed women’s competitions and was playing with the biggest of the big boys by late in that decade. Her rating rose such that at one point she was ranked 8th in the world. She was showered with invitations to elite men’s Grandmaster tournaments, and always performed well, often defeating those in contention for future men’s World Championship matches.

At this writing, Ms. Polgar is still active but has intermittently taken time off from her chess study and tournament schedule during at least three periods in recent years in order to marry and begin a family. She is ranked 40th in the world at this time. Additional strong women Grandmasters, many from China and India, have come to the fore in the new millennium. While none is quite the player Polgar is, it is now not unusual at all to see the most capable women chess players defeating titled male players, and women’s and girls’ place in the chess world is now fully rooted and nearly universally accepted.

The media in America customarily call the generation after the so-called Baby Boomers Generation X. Well, now, at least according to chromosomal makeup, we finally have both an XY and XX generation of chess players, and the likelihood is that is the way it will stay. As was memorably noted in the classic Virginia Slims cigarette ads, “You’ve come a long way, baby.” True enough. And now in chess as well.