When the PS3 came along I bought one and plugged it in to my 42″ TV and my surround sound system. Since then, when I have a couple of hours to spare, I insert the current game’s disc and sit down in my favourite chair (recliner) with the hand controller, and like millions of others I am instantly transported into another dimension. 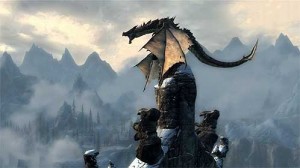 It’s a given that for a game to work it must have a beginning, middle and end. Imagine how I felt when I finally came across a game which while promising to be excellent, instead led to bitter disappointment. I am talking about Skyrim – Elder Scrolls V.

It starts off with such a hiss and a roar (literally). It promised so much. There are four main quests which you work your way through. Along the way there are numerous smaller side quests. You can also choose whether or not to be a nice individual, or perhaps a thief or an assassin, along with what gender and race you wish to be.

The game is just so vast (the amount of physical detail is amazing) that my PS3 often stalls. The telltale sign that it is about to happen is when it begins to ‘stutter’. That’s usually the time to quit and delete a few saved games. There are several glitches in the game, too numerous to mention here. Plus, some quest items you collect along the way unfortunately stay with you after you have completed the relevant quest. No matter how hard you try you simply cannot delete them from your inventory – very annoying!

Having finally done all of the main and side quests I was expecting Skyrim to reach a logical conclusion. After all, throughout all of the quests your co-characters give you the impression of something likely to happen in the end – nothing doing!!!

And yet, despite the lack of an ending, the stuttering, and freezes, there is something compelling about Skyrim – Elder Scrolls V. Will I play it again? Silly question. I’m about to start again in an hour or so.