Those attending the event assembled a planned healing circle. I then agreed to pursue a one and one session with him. The following day, I met Sunshine Dave at Coffee Time at Bellamy and Lawrence. “I grew up in the area,” he said to me. We then proceeded to Thompson Park. At the right spot, Sunshine Dave produced a blanket, some crystals, and ornamental rocks. I went on my back on the blanket, opened my hands upwards, and proceeded to breathe in and out, very slowly. He positioned a makeshift pillow under my head, and strategically placed the rocks and crystals on my head, and around me, all as he had trained to do. 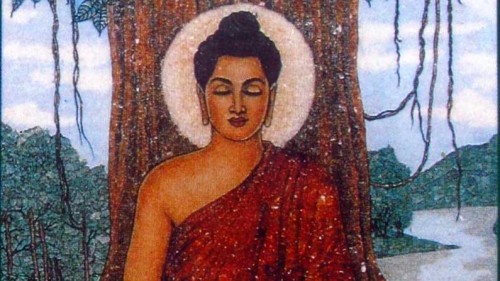 After I had closed my eyes, Sunshine Dave began first, calling out to the ancestors, the grand masters. Under the sun, I felt I descended into a pool of energy. First, I saw red, blue, pink, dirty type water and orange. As time passed by, I felt I was in a womb. Sunshine Dave guided me into this state and at the end of the session he encouraged me not to get up, but remain in position to get my senses back.

Five years ago, Sunshine Dave was in a deep depression that went on from 2006 to 2009. “I didn’t know that many spiritual people back then,” he told me at the coffee house. Then he got involved in Vipassana Meditation, which is a two-week retreat where silence is imposed amongst its participants. They meditate, say mantras, and eat but no talking! Some participants went on double-digit occasions, but Sunshine Dave did only a handful of occasions. Oddly enough, his experiences at Vipassana Meditation led Sunshine Dave to get involved with vortex healing.

WHAT IS VORTEX HEALING?
Vortex Healing is a holistic system of energetic healing from the Merlin lineage that works solely with Divine light and consciousness. It derives its name from a particular energy vortex, which is the interface between our physical world and a Divine presence that is intent on healing and transformation. The connection to this Divine presence is one of the factors that makes Vortex Healing unique, for the practitioner can channel not just a very powerful healing energy—the Divine energy and light of the Vortex—but also the consciousness of this Divine presence. This enables Vortex Healing to work very deeply on the physical and emotional level as well as to release the karmic level of issues—they are transformed directly by the Divine consciousness accessed through the Vortex. The focus of Vortex Healing is not about relaxing the physical or energy bodies, or simply making people feel good. It is about deep transformation.

In addition, the power of Vortex Healing to create transformation is easily demonstrated by using it on a musical instrument for just one minute. The sound of the instrument improves remarkably, even to untrained ears. This has been remarked upon in all articles on Vortex Healing (including in Kindred Spirit, issue 44). It is easy to extrapolate from that to what Vortex Healing is capable of doing to a human consciousness, body, and energy system.

There are 49 forms of Vortex light, each one designed to create a specific effect. For instance, one form of Vortex is full of compressed shakti (charged, Divine energy) and is designed to be intensely active so it can energize the system, and so it can move and transform emotional and karmic conditioning. Another form of Vortex is designed to stabilize the system when it is exhausted or shaky, another form is just for grounding, and another is specific for inflammation, and so on. Moreover, all 49 forms of Vortex can be channeled simultaneously, with each one sent by Divine intelligence to exactly where it needs to go. Vortex energy can also be directed specifically into the meridian system, which creates an acupuncture-like healing.

Students can manifest energetic structures and devices from densified Vortex light, constructed by Divine intelligence, which will not break down. One can, for example, create structures for weak organs or chakras, or to restructure the energy of a room or a house or office (to manifest particular qualities or enhance certain functions, such as communication). Structures can also be used to mimic the effects of other forms of energy work, or reduce the side effects of drugs, or counteract inflammation or focus healing energy into the center of an emotional “position.” The uses for structures are endless. Structures can even be used to improve the sound of a human voice. In public demonstrations of VortexHealing, if there is a singer in the audience who is willing to participate, she will sing a little bit and then again, after a structure for improving her voice is channeled into her (which takes about 15 seconds to manifest). The shock on people’s faces when they hear the difference in her voice tells the story of VortexHealing—it is quite magical.

The practitioners of the Merlin lineage needed a kind of light that could do almost anything. This is the Vortex light, directed by Divine intelligence.  One of the most magical aspects of Vortex Healing is that, in the advanced work, VortexHealing® can also be used for facilitating earth-shifts and accessing the immense amount of Divine assistance that has become available for our present human acceleration. This is the broader aspect of Vortex Healing. In advanced Vortex work, practitioners learn techniques that enable them to open Vortex spaces over towns and cities, and they learn to open Divine Funnels and Divine Doors in places, to bridge more Divinity into the planet, and into humanity’s consciousness. We also gather in groups to create larger-scale planetary healings.

The Divine power behind all of this is an ‘Avatar’, a direct incarnation of the Divine that refers to itself as Merlin. Sometimes avatars are called ‘Divine beings.’ Merlin incarnated as a human being some 5600 years ago, in India, known then as Mahindra. He is the source of the Merlin lineage and is still the source of the Divine magic that powers VortexHealing® today.

The Merlin associated with King Arthur was not this Divine Expression but one of the human teachers of the lineage.

VortexHealing cannot simply be taught; it must be given by direct consciousness transmission. The “Vortex Wheel,” which comes into manifestation in the Heart, is the focal point for the basic level transmission. This is the link to the Vortex and Merlin’s Divine healing power. It must be bridged directly into the trainee’s nervous system, energy system, and consciousness so that a permanent connection is created. In the process, the student’s entire energy system is put through an intense “light acceleration” that restructures it to both hold and handle more light. This light acceleration is permanent. (Only certified Vortex Healing teachers are able to create the transmissions necessary to practice Vortex Healing. A list of them can be found at www.vortexhealing.org.)

The other aspect of Vortex Healing is its focus on spiritual awakening. As Vortex Healing classes are taken, the Divine source of the lineage works in the background to ‘ripen’ the student towards awakening. This ripening happens on both an energetic and consciousness level. Through this process, a point is reached where awakening can actually be facilitated on a class level. This is possible only because of the incredible transformational power that the Divine expresses through this lineage.

Ghosts, the Theater, and the Memory of Richard Gere