Wider changes in society as a whole have brought about shifts in the employment market, that have seen some traditional careers go into steep decline while others – for example, the service and technology sectors – enjoy massive growth.

There are various factors determining why some industries are shrinking, and others are booming, and this article will look at the reasons for the decline of five traditional UK career options.

Steelworker
In the past, the steel industry was an integral part of Britain’s manufacturing base, and even as recently as 1994 it was providing employment for 37,000 people in the UK. By 2014, that number had shrunk to 18,000, and it is continuing to fall. 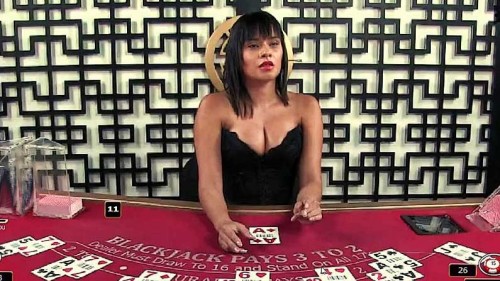 The job primarily involves the production of steel, but this is declining due to the competition provided by other countries, notably China, which can supply imported steel at lower prices.

The decline of the UK steel industry began decades ago and looked inexorable.

Croupier
This may seem like an odd one, but what really makes the decline of traditional casino careers like card table croupiers so unusual is that the gambling industry as a whole is enjoying a boom in popularity.

The croupier is the person at the gambling table who distributes cards, payouts and bets and oversees the games, and one of the reasons for the decline in this as a career may be increasing automation. Even though there is a decline in croupiers it doesn’t mean you can’t have a go at it, the online croupier challenge allows you to attempt being a croupier so you know if you have the skills needed.

However, the single biggest reason is unquestionably the rise of the mobile and online casino, which allow people to play things like blackjack and baccarat at home. This is more popular than attending a land-based casino now and doesn’t require an actual croupier.

Journalist
Working as either news or features journalist for a newspaper or magazine is another career path in decline, and again the reasons are largely down to the rise of the internet. This has opened up investigative and features writing through the development of blogs and social media, and has led to many print newspapers and magazines struggling to compete. A number have seen sales fall or have gone out of business. As a result, fewer paths into professional journalism now exist.

Coal miner
At one time there were hundreds of coal mines across the UK, and it offered a guaranteed way into work for entire communities, but extracting coal from the ground in mines is another heavy industry that has declined sharply in the UK. Up until the end of the 1960s, coal mining provided the UK with its primary source of energy, but now just 26 open mines remain. As with the steel industry, cheaper imported coal options are perhaps the single biggest factor in this long-term decline – although the steady closure of mines has also contributed.

Shipbuilder
Another of the UK’s manufacturing industries that have declined is shipbuilding. Nowadays just one percent of commercial shipbuilding is carried out in the UK, whereas at its height, one from every four large ships was constructed in the Clyde shipyards. More cost-effective construction elsewhere and competition from other countries have both contributed to this decline.

The good news is that, while some traditional career choices are declining, the likes of the technology sector is booming – offering modern career opportunities for ambitious young people.

Author from the UK.

Complaint Free for 21 Days: The Takeaways