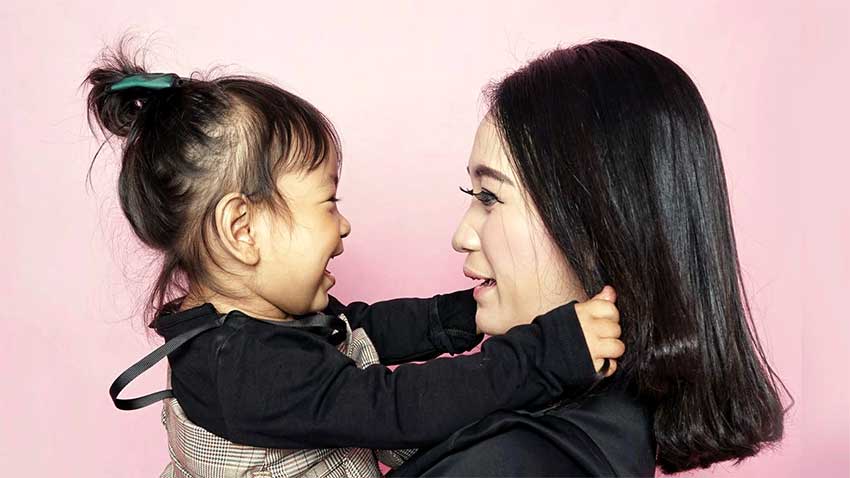 The Perfect Image Of A Mother

I enjoy gambling, all kinds. Be it over-the-table blackjack or online slot machines, winning or losing, the games of chance just make my heart bounce with exciting suspense.

Gambling for me comes as naturally as watching TV for other people—I had never identified myself as an addict or felt like I had a problem. That is until I had my first child.

All forest fires start with a spark. The first time I heard my mother-in-law make an off-hand remark about me playing online slots was when we visited my husband’s family for Tet (a Vietnamese tradition for New Year). My husband said that many Vietnamese-Americans are addicted to gambling, hence the concern from his mother. As for his part, he never saw it as any more than a quirky character trait: a woman who likes to gamble.

And yet, everything turned upside down when I became a mother. Being a mother is not just being a caretaker to a child; it’s also being a saint-like figure in the eyes of society. I learned this the hard way through the increasing gossip around my circle of relatives and acquaintances regarding my gambling ‘problem.’ I’m not a person that can’t handle biased judgments. Still, it was turning from annoying to alarming.

It was again my mother-in-law who gave the first blow. I was feeding my infant son and playing online slots at the same time (for those who don’t know, slots take as much attention as tapping your feet) when it came out of nowhere:

“I wish you can see yourself in the mirror right now. What are you doing playing those evil games with your child in your arms? You look distasteful.”

I was never any good with confrontations, so I didn’t know what to say. Later that day, my husband was also feeding our child while oiling his fishing reel, and no one said a thing.

With great resentment, I managed to let it go—I knew she was not the biggest fan of me from the start. It cuts deeper when someone who is supposed to be on your side turns against you. I was venting to my friend Ella, Ella, who was there in my dorm room, in my immunology class, when I got robbed on the 128 and at my wedding. With a sigh, she said calmly:

“You have to see it from her side as well. It’s indeed not a good influence on children.”

“But I’m not influencing anyone. I will teach my son to have his own opinion. I’m not like one of those parents that live vicariously through their child.”

“Children subconsciously take after their parents, Hadden. It’s not in your control.”

“So what, then he’ll gamble responsibly, like me. I set a budget for gambling and never cross it. How many times have you overspent on Uggs and—whatever you’re wearing now?”

“You’re a mother now, Hadden. Everybody has to grow up sometimes.”

These words were engraved on my brain that night and many subsequent ones. I remember Ella used to skip immunology classes to go camping with me. Now she’s also a mother, had quitted weed, as motherlike as ever condescendingly telling me to grow up. Maybe this was a sign that times were changing, leaving me behind in the dust.

Maybe I needed to grow up.

So I spent the following month trying my best to seem ‘grown-up.’ But from work to taking care of my son, I can’t just live that cycle repeatedly without breaks. Sure, I can watch Youtube and movies in my free time, but they’re just not that fun for me. I need excitement in my life to counter the stress.

I picked up gambling again, this time in secret. Slipping a few hands of blackjack here and there when no one’s looking, it was as if I was doing something illegal. “Maybe I am actually addicted,” I thought to myself. Looking back now, I’m embarrassed that I let other people plant such paranoia in my head.

Finally, the last straw arrived. I got off from work early because it was Thursday. I was logging into my casino account when I found out it had been deleted. I was furious—not so much because of the few dollars left in there, but it was the mere, inconceivable disrespect. I called up my husband.

“I’m sorry I didn’t tell you sooner, but at some point, I had to do what’s best for our son.”

“Why don’t you just tell the truth that you were pressured by your mother? You never had any problem with it.”

“I thought so too at first, but lately, I’ve been catching you sneaking off into a corner just to play poker. I think you’re addicted, honey.”

I told him that I had to sneak off into a corner because everybody kept judging me, to which he replied: “Is it that hard just to find another thing to do? There are a million things that are healthier and make you look better as a mother.”

My husband, the one I thought to understand me most, had now turned against me. I picked up my key and got on the nearest highway to I-didn’t-care-where. I eventually got to a beach near Santa Rosa and sat there all night. The waves calmed my senses and helped me reflect on all the banalities that had happened.

One thing that was clear is always clear: I love my son. And I don’t love him anymore or less whether I am gambling or not. I realize now that the image of a mother is not a service to the child but to those who judge. I am a gambler and a mother, and there’s nothing unfitting about that. To get even more philosophical on this, I recently read an article about stock trading and gambling, which argues that most of us are gamblers—we take risks on uncertain outcomes, and that’s just how we navigate through life.

The second thing: I am not an addict. I don’t have a gambling problem. It’s all easy to put that label on someone until you try to suddenly stop eating your favorite food or doing the same routine you do every morning. Yes, it’s difficult for me to just stop gambling, but I always follow a money management strategy for gambling. If we’re arguing about expenses, Blackjack has a house edge of only 0.5%, so on average, I would only lose about $1.5 per hour betting $5 a hand. Yet no one has a problem with my husband switching to the newest smartphone every few months because it doesn’t contradict ‘the image of a father.’

I learned that just because people drown your voice with theirs, it doesn’t mean they’re right. When in doubt, break the problem down to minuscule matters and approach it logically. You will start to see the hypocrisy in others’ judgments and have the confidence to stand your own ground.

Finally, I learned it is of utmost importance to maintain my identity as a mother. It may seem frivolous to many, but the more I give in, the more I reinforce the stereotypes and labels society lays on other women. So I will focus on being a good mother and not looking good as a mother because I realize now this is bigger than me.

Pat Bertram May 7, 2014 0
Without Words? We create with words. Even non-writers create worlds, meanings, stories with their spoken words.…
Featured