“Grandpa, you promised to take me out on Lake Champlain. Why are you running for President?”

(I don’t know if he has a granddaughter.  All I could think of was CindyLou Who, one of the Who’s in Whoville in Dr. Seuss’ The Grinch Who Stole Christmas.  Just play along with the silliness and everything will be just fine). 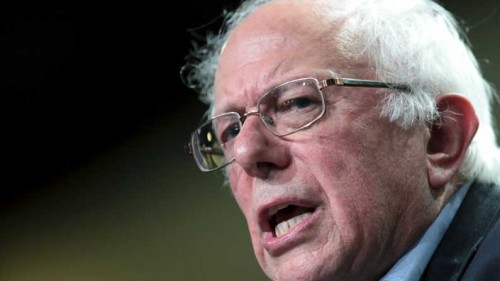 “CindyLou, I’m running for you,” he said constantly pointing a finger at her wide eyes, and leaning over her.

CindyLou put her hands on her hips and stared up. “You know it’s not nice to point.  Didn’t your mother teach you not to point and yell? I don’t like the way you stand over me, I find it threatening.”

“No, CindyLou, I’m from Brooklyn, we always point and raise our voices.”

“You aren’t in Brooklyn, Grandpa, you are in Vermont. Mom is worried about your memory. You still haven’t answered my question to my satisfaction. You’re running for President for me; how do you figure that?”

“The Grinch has stolen our system. You won’t have Christmas and Channukah this year.  The Grinch controls the wealth, and is stealing your future.”

“Grandpa, I can handle the Grinch, I’ve done it before. I want Mrs. Clinton to be President.”

Senator Sanders, was crestfallen. “CindyLou, listen to your grandpa. Hillary Clinton won’t protect your future, I will. I’m a Socialist. I’ll make the Grinch cry uncle!”

“I want a woman to be President!” CindyLou stamped her little foot. Now, stop this foolishness and take me out on the lake!”

My Cat is Eating me