Technological Advance and the Future of Online Betting

The very existence of online betting is a tell-tale sign of the effect technology has had on the early forms of gambling, such as the now almost archaic brick-and-mortar casino.

The ability to wager on the internet is nothing but the logical evolution of betting, and technology, like evolution, does not stop; it continues to move forward and improve upon the present in order to achieve a much better future. And the seeds for that future are planted right here in the present. 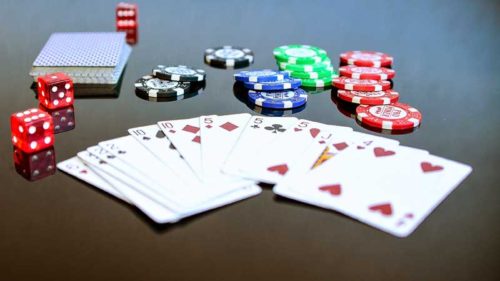 Olde timey casinos, as seen on TV and film, kept a close eye on customers in order to study their patterns and stay ahead of their every move. Information, as might be expected, flows more freely on the information superhighway. This data can be used to determine what makes users play, quit, or change games; identify which factors make some games more popular than others, or just help increase profits for the house.

One game that would not be popular would be one resembling a 20-day poker tournament called Brains vs. Artificial Intelligence: Upping the Ante, held in Pittsburgh in early 2017. In it, poker pros Jason Les, Jimmy Chou, Daniel McAulay, and Dong Kim took on a Carnegie-Mellon designed Hold’em-playing computer called Libratus –who, or which, held the high stack with around $1,766,250 in chips following 120,000 hands. Obviously, of course, online poker is not played for money against A.I. Libratus, though, showed how machine learning can account for both mathematical probabilities and the opponent’s behavior, which, if applied to producing betting lines that more consistently get 50/50 action on both sides of the line, could forever alter sports gambling as we know it.

It’s all doesn’t just revolve around casinos, though. Like any other business, gambling establishments must keep customers reasonably happy, and a customer with a gambling problem is most certainly not a happy one. Fortunately, companies such as the Kindred Group have had the foresight to use artificial intelligence to prevent gambling addiction.

Working together with City University of London and gambling analytics company BetBuddy, Kindred has developed a technology a called Player Safety Early Detection System (PS-EDS), which is meant to gather data on how much time customers spend playing, how much and when they make deposits, which games they play and when, and how much they stake, and, using this information, predict a gambling problem in a given individual with 87 percent accuracy before it turns into a full-blown gambling addiction.

Finally, smarter A.I. can potentially put an end to the days of inept, non-human customer support. Advanced droids that can analyze a customer’s specific playing habits will result in more relevant and faster answers. In case a customer still requires talking with a human customer rep, these records will make sure the user’s ticket will be passed along to the most appropriate carbon-based life form. Close to 80% of brands, according to Oracle, “have already implemented or are planning to implement artificial intelligence and virtual reality by 2020 to better serve customers.”

Gardening the Stress Away