The Scariest Movies Ever

In the tradition of the scariest night of the year, Halloween, how about taking a journey back in time with me to look at some of the scariest movies ever made? I pulled up Google, did a search, and after perusing several lists, here’s what I came up with.

Leave a comment and tell us about the scariest movie you ever saw and why it scared the bejeebers out of you. Don’t forget to scare us! 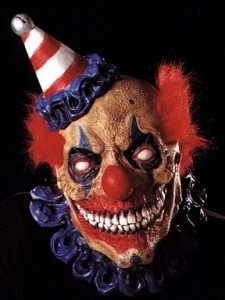 The Silence of the Lambs (1991)
Clarice Starling, a precociously self-disciplined FBI trainee, is dispatched by her boss, Section Chief Jack Crawford, the FBI’s most successful tracker of serial killers, to see whether she can learn anything useful from Dr. Hannibal Lecter. Lecter’s a gifted psychopath whose nickname is “The Cannibal” because he likes to eat parts of his victims. Isolated by his crimes from all physical contact with the human race, he plays an enigmatic game of “Clue” with Starling, providing her with snippets of data that, if she is smart enough, will lead her to the criminal.

(1960)
Norman Bates loves his Mother. She has been dead for the past twenty years, or so people think. Norman knows better though. He has lived with Mother ever since leaving the hospital in the old house up on the hill above the Bates Motel. One night Norman spies on a beautiful woman that checks into the hotel as she undresses. Norman can’t help but spy on her. Mother is there though. She is there to protect Norman from his filthy thoughts. She is there to protect him with her butcher knife.

(1973)
The Exorcist became not only a bestselling literary phenomenon but one of the most frightening and controversial novels ever written. When the author adapted his book to the screen two years later, it then became one of the most terrifying movies ever made.) Blatty fictionalized the true story of a child’s demonic possession in the 1940s. The deceptively simple story focuses on Regan, the 11-year-old daughter of a movie actress residing in Washington, D.C.; the child apparently is possessed by an ancient demon. 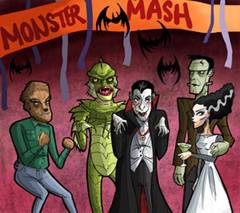 (1979)
Director Ridley Scott deftly combined sci-fi and horror to create a grotesque, visually stunning technological wonder that set the criteria for later films of the genre. The crew of the spacecraft Nostromo must contend with a murderous alien invader that lives on human flesh. A dark, mechanical milieu lends to the eerie feeling of grim isolation.

(1980)
The Shining quickly became a benchmark in the literary career of Stephen King. This tale of a troubled man hired to care for a remote mountain resort over the winter, his loyal wife, and their uniquely gifted son slowly but steadily unfolds as secrets from the Overlook Hotel’s past are revealed, and the hotel itself attempts to claim the very souls of the Torrence family.

A Nightmare on Elm Street  (1984)
What would a scary movie list be without one slicer-dicer from the 1980s? After all, director Wes Craven is the indisputable king of horror, who’s also responsible for the Scream franchise. Intelligent characters and—believe it or not—a thought-provoking screenplay set this first installment in the Freddie Krueger series apart from other films of the genre.

Jacob’s Ladder  (1990)
Vietnam veteran Jacob Singer (Tim Robbins) thinks he is going insane. Or worse. When his nightmares begin spilling into his waking hours, Jacob believes he is experiencing the aftereffects of a powerful drug tested on him during Vietnam. Or perhaps his post-traumatic stress disorder is worse than most. Whatever is happening to him, it is not good. Director Adrian Lyne sparks our interest and maintains high production values, but this confusing film chokes on its “surprise” ending. 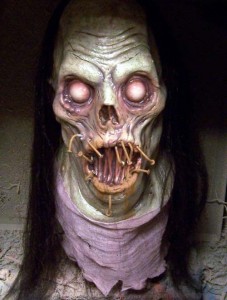 (1932)
Three archaeologists searching for the 4,000-year-old tomb of Princess Ananka among the ruins in Egypt are warned of grave consequences if they violate her tomb. Madness strikes one and as the others return to England with a mummy a series of murders take place as the mummy destroys those who desecrated the secret tomb.

Seven  (1995)
A serial killer forces each of his victims to die by acting out one of the seven deadly sins. The murder scene is then artfully arranged into a grotesque tableau, a graphic illustration of each mortal vice. From the jittery opening credits to the horrifying (and seemingly inescapable) concluding twist, director David Fincher immerses us in a murky urban twilight where everything seems to be rotting, rusting, or molding; the air is cold and heavy with dread. Morgan Freeman and Brad Pitt are the detectives who skillfully track down the killer–all the while unaware that he has been closing in on them, as well. 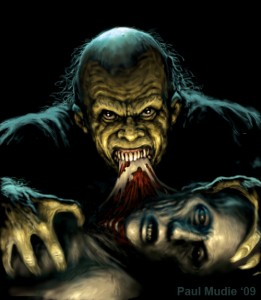 (1922)
The greatest horror film of all! A long time ago in middle Europe, a decrepit, forbidding castle stood. Casting an ominous shadow over the townspeople who dare not look upon it, the unholy dwelling is home to one Count Orlok (Max Schreck), an undead night creature with a taste for human blood. Showcasing the extremely eerie Schreck, “Nosferatu” is the first screen adaptation of Bram Stoker’s classic novel “Dracula,” stylistically directed by the legendary F.W. Murnau.

Candy In The Forest

Stalker Of The Night