According to the Billboard 100, Katherine Elizabeth Hudson, better known as Katy Perry, has now eleven hit singles. Five of these songs are on the same album, Teenage Dream, and Michael Jackson was the only other musician to accomplish this.

She has her own movie, Part of Me, and very seldom does anyone come across someone who hasn’t heard of her. This seems to be enough reasoning to respect her, but that’s just my opinion; there are still many who enjoy her music but simultaneously look down on her. 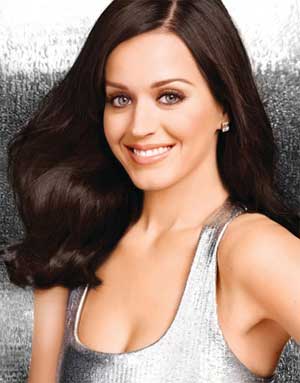 For example, due to her recent divorce with comedian Russell Brand, Katy’s “haters” say that she cheated on him and sleeps around often. Because I have never met her, I cannot testify this, but neither can they! However, I did watch her 3-D movie, a movie that barely had any 3-D in it, and it reveals that the true cause of the divorce was that the newlyweds never saw one another.  According to her website, her California Dreams Tour had over one hundred tour dates, and she traveled around the globe. In addition, there were scarce days in between concerts; her movie displays Katy breaking down before numerous concerts, but she NEVER let her fans, better known as “Katy Cats”, down. I attended one of these concerts, and by the end of it, I was balling my eyes out. I had never been so touched by a celebrity.

The way Katy treats others I greatly admire. While at her concert, she invited her most excited fans (I was too far in the back unfortunately) on stage to dance with her. There was a little girl, couldn’t have been much older than six, who was totally dressed like her idol, and Miss Perry offered to take a picture with her. Most teenagers have also heard of fifteen year old Rebecca Black, whose “Friday” was an overnight internet sensation, and who also gained much hate and even death threats for the song. During Katy’s concert, while she was singing covers by various artists, she sang “Friday”, dedicated it to Rebecca, and had the whole crowd singing along with her. “Last Friday Night” by Katy Perry even featured Rebecca in the video.

Whenever she was singing my all time FAVORITE song, “Thinking of You”, she dedicated it to her fans and told them how much they meant to her. On her twitter, she often times retweets her fans messages and even replies to them, despite her ridiculously busy schedule.

If you’re still not convinced that Katy is worthy of respect, take a look at some of her songs. I, and even she, admits that some, like “California Gurls” and “Teenage Dream” are just teen boppy songs that are just good for dancing. But you must have never heard “Firework” or “Pearl”, which are about everyone being talented and having a spark, or “Not Like the Movies”, which is about everyone having a true soul mate. And what about “Thinking of You”? The direct meaning of the song is about losing a lover and being with someone that can never compare to him, but I think it is honestly relatable in any situation. If you only judge by what is on the radio and don’t look further into her purer songs, that is a sure sign of ignorance.

Let’s learn more about someone before irrationally judging them.

My name is Elizabeth, and all my life I've been inspired to write. Hope you enjoy what I have to post! :)

Loving One Another Is Difficult When In Pain